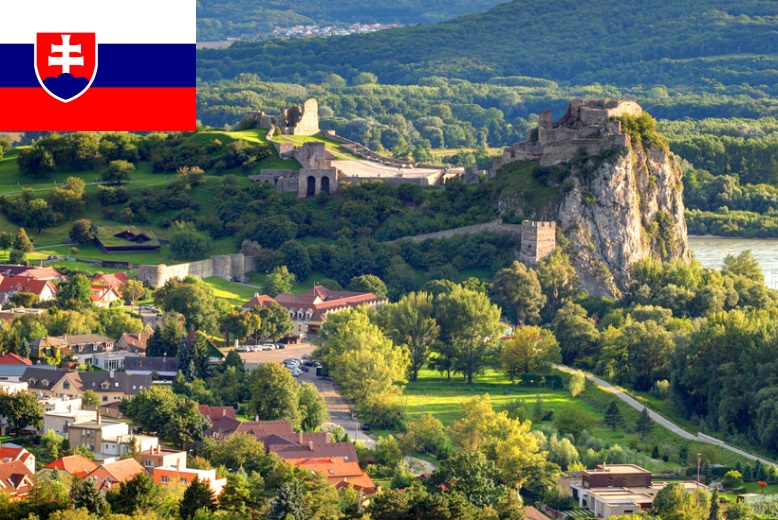 Slovakia is a country located in the region of Eastern Europe. See abbreviation for Slovakia. Slovakia was ruled in 2012 to 2020 by the Social Democratic Smer-SD. The murder of a journalist in the spring of 2018 led to a political crisis and widespread popular protests against widespread corruption in the country. The demands for change led to Smer-SD losing the election in February 2020.

From 2016, Smer-SD led a coalition government where the right-wing extremist SNS, known for its outcomes against Hungarians and Roma, would be united with representatives of the party Bro (Most-Hid), which mainly represents the Hungarian minority but also Roma and others. The coalition also included the center-right party Network / Siet ‘. There were abrasions within the government but it lasted the term of office.

The new government set itself as its main goal to balance the budget during the term of office and to improve health care and schools. The experience of recent years of criticism of high-level corruption in society also led to a promise to increase public transparency in public administration.

With regard to the outside world, the four-party government was strongly opposed to the agreement reached by the EU Commission in 2015 to distribute 120,000 refugees among the member states. Together with Hungary, Slovakia appealed the decision to the European Court of Justice but lost the case. But Slovakia’s resistance to receiving quota refugees remained. The government had previously said it could accept a few dozen migrants, but only Christians.

In late 2016, Parliament passed a law that made it more difficult to register religious communities. The law, proposed by the SNS, was obviously aimed at Muslims. President Andrej Kiska stated that it was in violation of civil rights and vetoed it. However, Parliament passed the law again, which meant that the president’s veto fell. The law came into force on March 1, 2017. According to the law, a religious community must have at least 50,000 adult members to qualify for state aid, among other things. In the past, the limit was 20,000 members, which already made it impossible for the maximum 5,000 Muslims in the country to gain official status.

In the spring and summer of 2017, new big demonstrations were held against the corruption. In June, up to 10,000 people gathered in Bratislava demanding that the Interior Minister, who was directly designated for corruption, as well as the National Police Chief and a Special Prosecutor all resign. 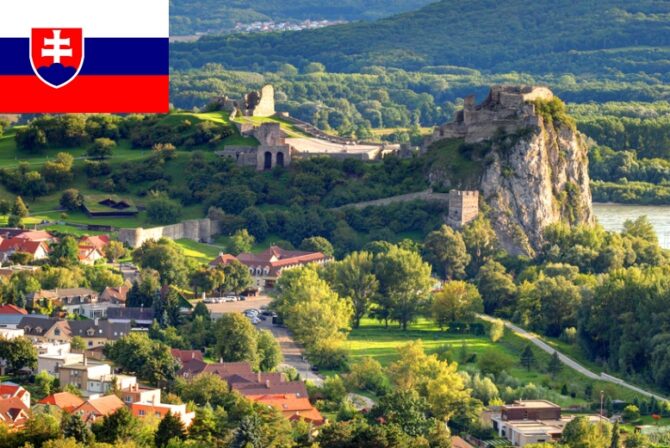 After the journalist Ján Kuciak was found murdered along with his girlfriend in February 2018, a political crisis arose in the country. Kuciak worked to reveal high-level corruption involving Italian mafia.

In Bratislava, the most extensive demonstrations were held in the country since the Velvet Revolution in 1989 (see Modern History). The protesters protested the government and accused it of corruption and conspiracy with the mafia.

At the same time, the smaller government party Bro threatened to leave the government unless Interior Minister Róbert Kaliňák left his post. Shortly thereafter, Kaliňák, who was previously accused of corruption himself, resigned. In the past, the Minister of Culture had decided to quit, in response to the murders.

But the protests continued and shortly thereafter Prime Minister Fico also chose to submit his resignation application. Deputy Prime Minister Peter Pellegrini, who also came from Smer-SD and who was close to Fico, was asked by the president to become new head of government. The change also took place at the posts of the Minister of the Interior, Culture and Justice. Otherwise, the government remained the same.

However, the new Minister of the Interior was short-lived in his post. Following new protests demanding the departure of the police chief, both the minister and the police chief were forced to resign in April 2018.

During the fall, four people were arrested, one of whom is a woman, suspected of having committed the murders of Kuciak and his fiancee. The woman had worked as an interpreter for a person who has been the subject of Kuciak’s investigation – the businessman and multi-millionaire Marián Kočner. In March 2019, Kočner was indicted for ordering the murder. The trial began in January 2020 with a professional soldier admitting to holding the gun (see Calendar).

The turbulence after the murders was reflected in the local elections in November 2018. An unexpectedly high proportion (over 42 percent) of those who ran for candidacy were independent, and Smer-SD lost a number of governor posts and a large number of mayoral positions, including in the capital Bratislava and in the city. Kosice. Despite the setbacks, Smer-SD remained the dominant party at the regional level.

Smer-SD suffered another defeat in March 2019 when the candidate who supported Smer-SD in the presidential election, EU Commissioner Maroš Šefčovič, lost big to Zuzanna Čaputová, a liberal female lawyer and environmental activist who became known when she managed to prevent the establishment of a dump in their hometown. Čaputová had also profiled himself during the protests against the government. Her liberal attitude toward abortions and gays was harshly criticized by the church and some conservative groups, but her reflections on a changed policy and “common fight against evil” seemed to gain wide acclaim. Čaputová not only succeeded in winning the votes of the big city, but also gained a narrow majority in the countryside where the opinion is more conservative.

The elections to the European Parliament in May 2019 became another nose for Smer-SD, which was seen to be defeated by a coalition between Čaputová’s party Progressive Slovakia and a newly formed party Together – civil rights.

Before the parliamentary elections on February 29, 2020, Smer-SD was weakened. The party’s reputation had been marred by a number of corruption scandals involving several of the party’s members. Smer-SD was also charged for lack of success in investigating the murder of Ján Kuciak.

The winner of the election became the center-right party OL’aNO, which profiled itself strongly as an anti-corruption party. OL’aNO became the largest party and won over a third of the seats in Parliament. The other parties in the Smer-SD coalition government resigned from parliament, while the right-wing party Sme Rodina and the right-wing extremist L’SNS went forward. The alliance between President Čaputová’s Party of Progressive Slovakia and Together – Civil Rights also fell outside Parliament. After the electoral victory, OL’aNO party leader Igor Matovič ruled out cooperation with Smer-SD. He hoped to form government with SME Rodina, Liberal SaS and ex-president Kiska’s newly formed For the People (read more about the election in the Calendar).