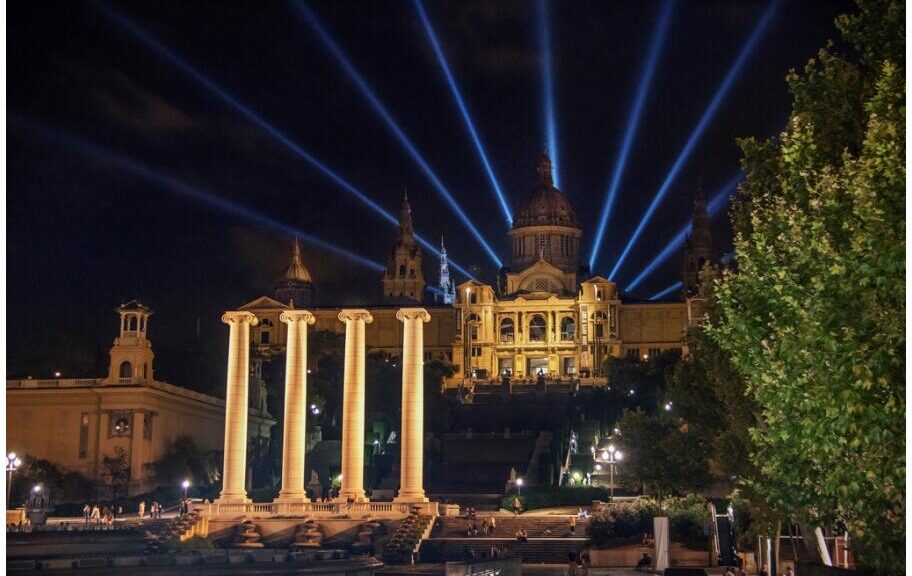 It took a long time before linguists were able to agree on what to call the people of Barcelona. Barcelonese or Barcelonians? Hardly anyone could make friends with either version. Eventually they agreed on “Barcelonians”.

For the people in the Catalonian metropolis, this will at best trigger a shrug, because they know one thing very well: Most Catalonians are convinced that their city is not only “beyond Spain”, but it is also a pearl on the Mediterranean.

The residents of Barcelona have apparently always been unruly, because according to tradition, the Catalan king in the 13th century used to watch the discussions in the town hall from a hatch in the ceiling. And if he didn’t like something, he should have spat on the participants.

In the following we present you the most exciting tours, the most beautiful attractions and the best sights in Barcelona. 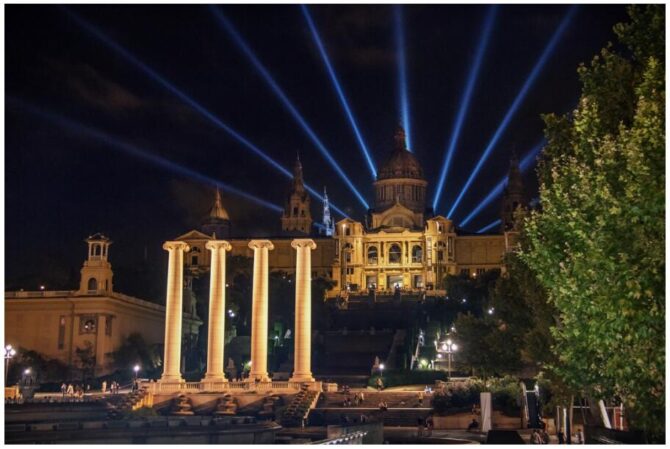 The promenade in Barcelona is almost exactly 1,300 meters long and winds up from the Columbus Column at the port to the lively transport hub of Placa Catalunya. Originally this was the bed of a small river, which can be read from the Arabic translation. “Rambla” is to be equated with “sandy soil”.

Over the centuries the street has been framed by a few monasteries. The Rambla became a promenade in the 18th century. Today it is something of a playground for street performers, jugglers, card readers, puppeteers – and unfortunately also for pickpockets. But it is undoubtedly the heart and in a way the most important attraction in Barcelona.

Barri Gotic is the oldest and probably the most interesting part of Barcelona. Remnants of walls from the city’s Roman era or Gothic palaces can be seen almost around every corner. At the Center dels Excursionistes de Catalunya, some columns of the ancient Augustus temple have even survived the times. And at the Placa Villa de Madrid, a Roman necropolis was brought to light almost seventy years ago.

The government of Catalonia got its seat in a palace from the 15th century, and above the entrance the statue of Sant Jordi as the dragon slayer cannot be overlooked. The asphalt in front of the palace regularly becomes the scene of the Catalan national dance on Saturday evenings.

Barcelona’s cathedral has three aisles – but only one apse. For a long period of history, the facade looked very sober. Which also did not please the believers in the port city. At the beginning of the 20th century, the external appearance changed. Today it is presented in a neo-Gothic style.

The cloister with some chapels, shady gardens and fountains is particularly worth seeing. Incidentally, 13 white geese live here, whose chattering can be heard from time to time inside the cathedral. They symbolize the age of Saint Eulàlia, who fell victim to the first persecution of Christians.

Placa del Rei is one of the most beautiful squares in the old city and one of the most visited attractions in Barcelona. Since the acoustics are so excellent, concerts are held on the square more often, especially in the summer months.

The Royal Palace stands out among the magnificent buildings. There you can visit the so-called Saló del Tinell, where Christopher Columbus was received after his return from America. The Museum of City History is located in one of the buildings.

Perhaps it is the most famous construction site in the world because the Sagrada Familia is still unfinished. Work on the impressive church began around 130 years ago. Antoni Gaudi, one of the great sons of Barcelona, ​​who left numerous interesting buildings behind for posterity, was the initiator of the Sagrada Familia. According to his plans, this important landmark in Barcelona is still being built today. In 2026, the hundredth anniversary of Gaudi’s death, his work should shine in all majesty.

In the meantime: Nobody in Barcelona really believes in it and that is irrelevant for the visitors, because the Sagrada Familia is also an unfinished masterpiece and one of the greatest sights in Europe. On November 7th, the house of God was opened by Pope Benedict XVI. consecrated and made a papal minor basilica. This is an honor that is otherwise reserved only for pilgrimage churches. 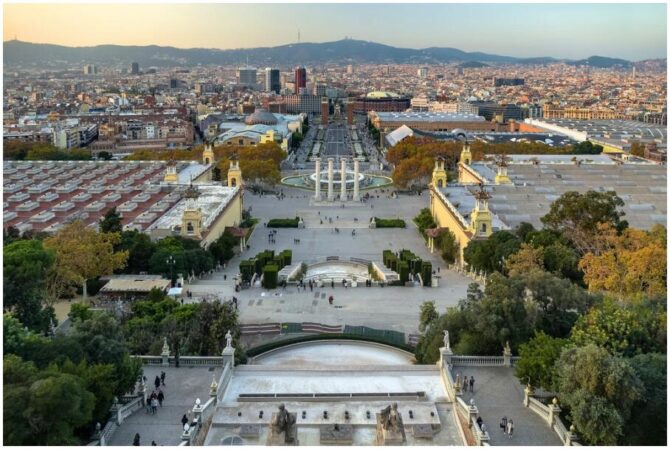 High above the roofs of Barcelona, ​​in the Parc de Montjuic, a kind of memorial was created for the brilliant Spanish painter Joan Miró. He was one of the most famous surrealist artists of his time.

The collection of the impressive museum includes over 10,000 works. A friend of Mirós, the architect Josep Lluis Sert and a student of Le Corbusier, designed the house with clear and cubist forms.

The museum was housed in no fewer than five Gothic palaces that were built between the 13th and 15th centuries on what is now Carrer de Montcada. It shows around five hundred works by Pablo Picasso, making it one of the most important cultural sights in Barcelona. Most of the works are from his early period. The palette of exhibits ranges from oil paintings and pencil drawings to ceramics.

Picasso lived and worked in Barcelona for some time in his younger years. He studied at the La Llotja art academy – also because his father was employed there as a professor. The shop on the ground floor of the impressive museum has developed into a treasure trove for those interested in art.

You simply have to see this market on the edge of the Rambla! In ancient documents, the Mercat de la Boqueria is mentioned for the first time in 1217. With the exception of Sundays, it is open daily between 7 a.m. and 7 p.m. Not only the residents of Barcelona find it an extraordinary experience to shop here.

Under glass and steel, there are sales areas of more than 2,500 square meters at the stands. The market hall received an official character in 1853. Where pigs in particular were traded in the Middle Ages, fruit, vegetables and freshly caught fish from the Mediterranean are now on sale.

9. The ports of Barcelona

Barcelona has three ports. Port Vell (old port), Port Franc, where the big cruise ships anchor, and Port Olimpic, which was the venue for the sailing competitions at the 1992 Summer Olympics. The former Olympic harbor is now reserved for the numerous yachts and is lined with numerous first-class restaurants, discos and bars. The luxurious Hotel Arts was also established there. Many residents of the city prefer the quiet stretches of beach in the extension of the Port Olimpics.

Immediately next to the Columbus monument, which rises to a height of 60 meters at the end (or at the beginning) of the Rambla, the old port building is a photogenic motif. The so-called “Rambla del Mar” is laid out with a wooden floor. It is slightly wavy and is supposed to symbolize the gentle waves of the Mediterranean Sea. In the Maremagnum there is an interesting center with shops and restaurants. The Port Franc is primarily an industrial port, but also the place where the passengers of the large ships leave for their visit to Barcelona.

The residents of Barcelona have come up with a rather disparaging name for one of their most remarkable buildings: “The Quarry”. Casa Milà is something like the legacy of the brilliant architect Antoni Gaudi. But since the sand-lime brick facade gave the house an unusual character, the neighbors saw it more as a “quarry”. But “La Pedrera” still fascinates architects from all over the world because of its unique construction.

Another work of art by Gaudi that is well worth seeing is Park Güell. He saw it as an homage to nature, and he created a fairytale garden with imaginative columns and a labyrinth of paths, arbors and bridges. The oversized salamander made of broken ceramics is world-famous in Park Güell. It became a symbol of the city. 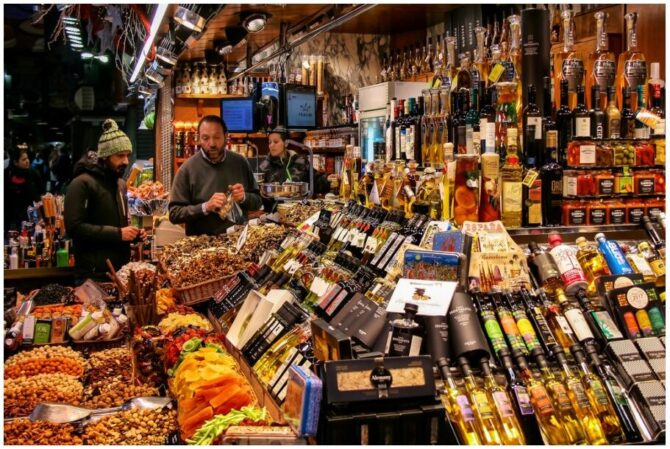