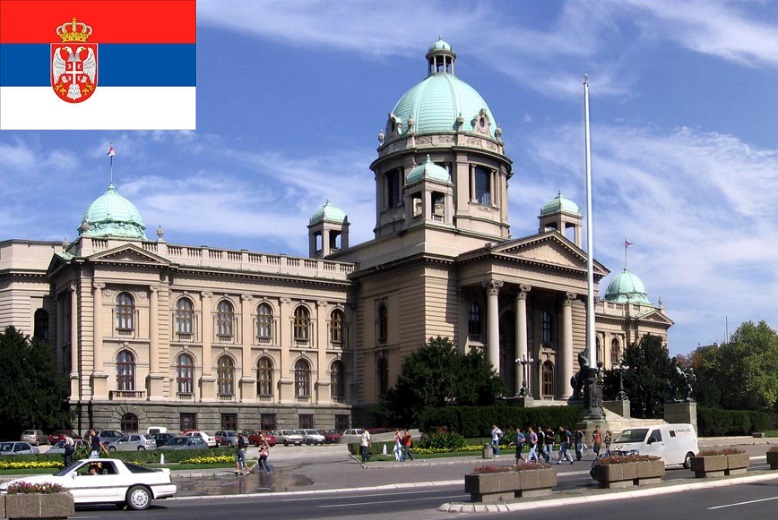 Serbia is a country located in the region of Southern Europe. Serbian politics is dominated by President Aleksandar Vučić and his nationalist party SNS. Increasing dissatisfaction with what is perceived as an increasingly authoritarian regime has led to a protest movement and large parts of the opposition boycotted the parliamentary elections in June 2020.

Preliminary results show that the Serbian Progress Party (SNS), which has ruled Serbia since 2012, received nearly two-thirds of the votes in the election. But turnout was low. A large part of the opposition boycotted the election and a majority of the members of the outgoing parliament have boycotted the work for almost a year.

Growing opposition to the government brought a large part of the opposition in September 2018 into a new formation, the Alliance for Serbia. A few months later, a protest movement arose against President Vučić, after the leader of a small left party was beaten in connection with a political meeting and the SNS was accused of lying behind the attack. Street protests were held every Saturday throughout 2019 and initially gathered tens of thousands of people across the country. Eventually, the demonstrations diminished in magnitude, but they have continued on a small scale until 2020. The organizers say they have no political party in the back but state that the purpose is only to protest against President Vučić.

The protesters demand that he and the SNS release their control over the media and create fair conditions for the upcoming parliamentary elections. Formally, the president has relatively limited power, but Vučić’s position is unharmed in the dominant SNS, and he thus has far-reaching influence.

The political situation was sharpened when the Alliance for Serbia decided to boycott the work of Parliament as long as the demands of the protesters were not paid attention. The majority of the alliance also boycotted the parliamentary elections that should have been held in April 2020 but postponed until June 21, due to the corona pandemic.

When the coronavirus began to spread, severe restrictions on freedom of movement were introduced, with a constant curfew for the elderly and curfew at night for everyone (see further Calendar). Protests against the government resumed towards the end of April but were now largely driven from the homes: people blew in whistles, beat pots and played music loudly under the slogan “Noise against dictatorship”.

The SNS has been the largest party since it was formed and has had its own majority in Parliament since 2014. Despite the strong position of the SNS government, the then Prime Minister Aleksandar Vučić decided in January 2016 to announce new elections to Parliament, two years in advance. Vučić stated that he wanted a new four-year mandate to implement reforms, but many believed that the reason was mainly that the SNS wanted control of the province of Vojvodina, where the opposition still ruled. Local elections were held at the same time as the parliamentary elections.

The election also led to SNS taking over power in Vojvodina. As in the 2014 elections, SNS became the largest party in all of Serbia with almost half the votes. The Socialist Party (SPS) coalition partner also backed, while right-wing nationalist parties, such as the Radical Party (SRS), had success. 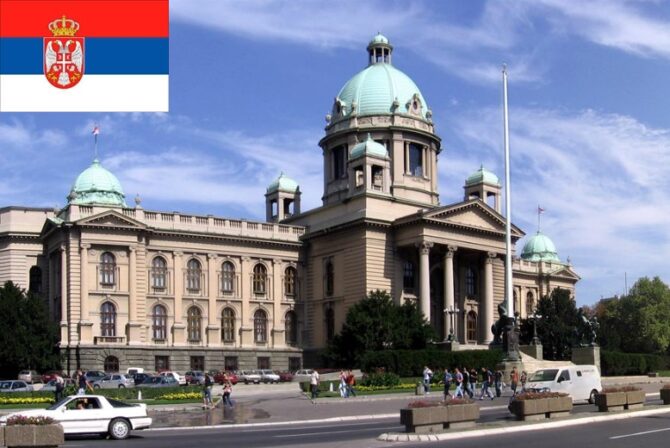 It wasn’t until August before Vučić was able to present his new government, which did not show any major changes. Among other things, the SPS leader Ivica Dačić retained the post of First Deputy Prime Minister and Foreign Minister, although it was known that he and Vučić did not always agree. Many believe that Russian President Vladimir Putin exerted pressure on Vučić to leave Dačić in the government.

The long delay in forming government, together with domestic political problems in Kosovo, caused the EU-led negotiations on the details of the Serbia-Kosovo framework agreement signed in 2013 to stall, but in the fall of 2016 they resumed. However, the most important issue for Serbia, autonomy for the Serbs in northern Kosovo, has not yet come up with a solution.

Membership negotiations with the EU

With 2016, Serbia was able to open several so-called chapters in the membership negotiations. However, several of these got under way later than planned since EU member Croatia temporarily stopped them, as the country believed that Serbia did not meet their requirements (see also Foreign Policy and Defense).

On April 2, 2017, presidential elections were held. The incumbent president, Tomislav Nikolić, had intended to stand for re-election but resigned since the party he was forming, the ruling SNS, chose instead to support Prime Minister Aleksandar Vučić’s candidacy. Vučić also already won 55 percent of the vote in the first round, almost 40 percentage points more than the second election, the former Ombudsman Saša Janković. The opposition accused Vučić of winning a lot because he was able to use the media to his advantage. After the election, many, not least young people, took to the streets of both Belgrade and other cities to demonstrate against Vučićs as they perceived the increasingly authoritarian rule. Large demonstrations, both for and against the new president, also took place when he was installed on May 31.