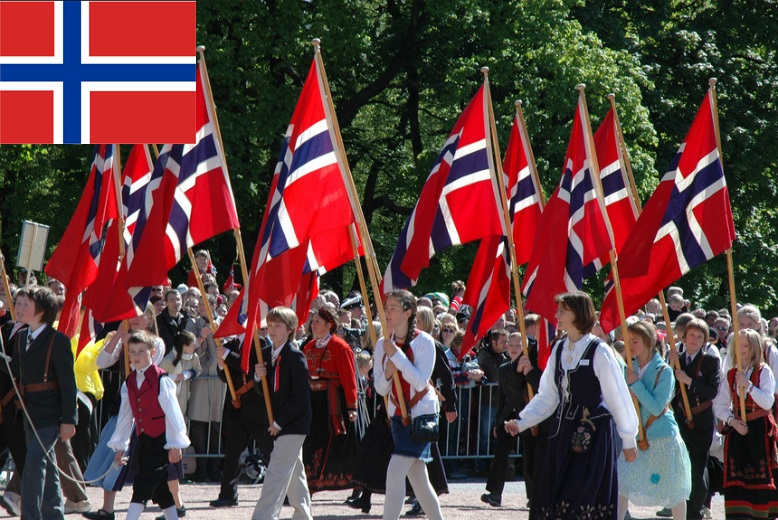 Norway is a country located in the region of Northern Europe. Norway has been governed by a bourgeois government since 2013 with the Supreme Leader Erna Solberg as prime minister. During the first four years, Høyre and the immigration-critical Progress Party ruled together. After the election victory in the fall of 2017, the coalition expanded with social liberal Venstre, and in January 2019 the Christian People’s Party also joined. A year later, however, the Progress Party chose to leave the government.

In the parliamentary elections in September 2013, Jens Stoltenberg’s red-green government was voted off after eight years in power. This happened despite the fact that Stoltenberg had been hailed for his leadership after the bombing in Oslo and the massacre at Utøya in July 2011 (see Modern history). The red-green government had also been praised for its way of resolving the financial crisis of 2008-2009. Oil revenues made Norway outperform most other European countries (see Finance).

The Labor Party backed from 64 to 55 seats, while Høyre increased from 30 to 48 seats. The Progress Party went backwards compared to the record election in 2009, but still became the Storting’s third largest party. The Center Party and Socialist Venstre backed slightly, while Venstre increased and the Environmental Party de Grønne for the first time got a seat in the Storting.

Already in 2012, public opinion had begun to turn to the opposition’s advantage. One reason was Høyre’s new market liberal political direction, another was the party leader Solberg’s growing popularity. Prior to the election, she promised investments in teacher education and research as well as private alternatives in health care. Solberg also wanted tax cuts, reduced dependence on the oil and gas sector, reduced immigration and large investments in infrastructure.

The most important political issues were largely the same as under Stoltenberg. The attitude towards Norwegian EU membership remained fragmented, although EU resistance was greatest during the euro crisis in the early 2010s. Both the left and right blocks were split internally on the issue. The leadership of the Høyres and Labor Party wanted to bring Norway into the EU, while the sparsely populated voters were opposed. 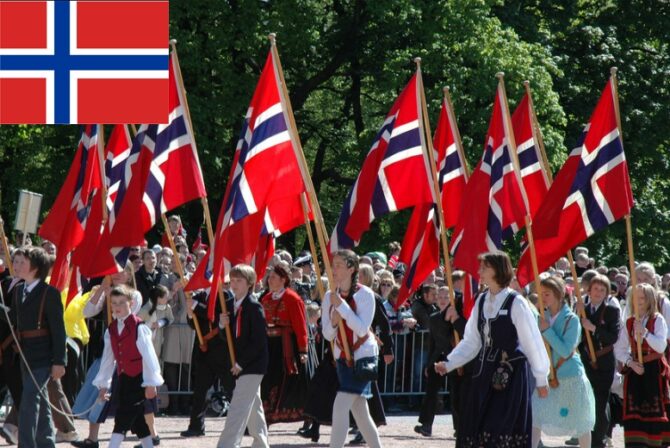 In the welfare policy, too, there was a certain consensus between the blocs. Høyre’s promises of tax relief have been cautious and the party has taken care to openly demand a reduction in the generous sickness benefit (100 percent of salary). The Progress Party has called for tax cuts and a larger withdrawal from the Oil Fund for increased investments in health care, care and pensions.

As of 2014, asylum and immigration policy became increasingly in focus as the number of refugees from the outside world increased. In March of that year, the government agreed with the two support parties on a new and mainly stricter asylum policy. Norway introduced a 24-year limit to allow an immigrant who has received asylum to be reunited with his or her spouse in Norway. The age limit was a requirement of the Progress Party.

In addition, the handling of persons residing in the country without a residence permit would be speeded up (see further Calendar). The refugee policy continued to be debated for the rest of the term of office.

Civil victory in the parliamentary elections 2017

The electoral movement before the parliamentary elections on September 11, 2017 primarily focused on questions about taxes and how best to use the large assets of the oil fund ($ 1000 billion in June 2017). The Opposition Labor Party wanted to abolish several of the government’s tax cuts and raise taxes for high-income earners while at the same time being more restrictive in taking money from the oil fund. As Election Day approached, it seemed to be fairly evenly between the blocs, while the opposition had previously been ahead of the ruling parties in polls. The change was probably due to the recent improvement of the Norwegian economy, which has benefited the government.

The bourgeois parties took home an unexpectedly clear victory in the parliamentary elections, with 88 out of 169 seats against 81 seats for the Labor Party-led opposition. The Labor Party backed down, but remained the largest single party. Immediately after the election victory, Solberg invited the Progress Party, the Liberal Party and the Christian People’s Party to government negotiations.

However, the government negotiations dragged on in time and in October, the Christian People’s Party chose to drop the talks, on the grounds that the differences between them and the Progress Party in immigration policy, in particular, were too great. Only in the middle of January 2018 did Solberg finally present a new minority government with Høyre, the Progress Party and the Liberal Party.

The government program was partly a compromise between Venstre and the Progress Party, which is far apart in many political issues. Among other things, Norway would receive more quota refugees against tightening the rules for family immigration. In addition, the general tax burden would be lowered, the diesel tax increased and the tax on electric cars reduced. One goal is also for Norway to have a zero level of greenhouse gas emissions from vehicles by the year 2025.

Two crises that could have caused the government to resign occurred in 2018. The first took place in March. The background was a Facebook post from Justice and Immigration Minister Sylvi Listhaug from the Progress Party, claiming that the Labor Party cares more about the rights of terrorists than the security of the Norwegian nation. In the light of the right-wing extremist and former Progress Party Anders Behring Breivik’s two acts of terrorism against the Labor Party in Oslo and at Utöya 2011, when a total of 77 people were killed, this statement became unacceptable to many members of parliament. Just a couple of hours before the parliament would have gathered for a vote of no confidence in Listhaug, she announced that she was leaving. Had Listhaug been deposed in the parliament, the entire government would have had to resign and be reformed. New Temporary Minister of Justice became Minister of Fisheries Per Sandberg from the Progress Party. He was replaced after a few months by party colleague Harald Tom Nesvik.

The second crisis occurred at the beginning of November 2018. At a special party meeting, the small Christian People’s Party leader Knut Arild Hareide had proposed that the party should cease to act as support party for the government and instead move to cooperate with the Labor Party and the Center Party. But his proposal was voted down by the party by 98 votes to 90, after Prime Minister Erna Solberg attracted that the government might consider discussing stricter abortion legislation – one of the Christian People’s Party’s core issues.

After lengthy negotiations, the coalition government between Høyre, the Progress Party and Venstre was expanded in January 2019 with the Christian Democratic Christian People’s Party. The Christian Democrats were persuaded to participate in formal government cooperation since they had passed amendments to abortion legislation. It should no longer be allowed with so-called fetal reduction, also called twin abortion, which means abortion of one or more fetuses in a multi-pregnancy pregnancy. However, the party did not get through its desire to ban late miscarriages when fetal diagnosis showed genetic diseases.

The new four-party government had direct control over a majority of the seats in the parliament. According to Prime Minister Solberg, the government’s main goal would be to fight climate change, reduce taxes for small and medium-sized businesses and strengthen the country’s security.

The Progress Party leaves the government

In January 2020, the Progress Party left the government. According to the party, it had been compromised on more and more issues since Venstre and the Christian People’s Party were included in the government cooperation. Party leader Siv Jensen specifically pointed to immigration issues, where the party pushed for stricter family immigration, without getting through enough of its policies. A trigger for the Progress Party’s decision was also stated to be that last autumn, despite strong opposition from the Progress Party, the government chose to bring home a Norwegian-Palestinian IS woman and her seriously ill child from Syria.

Assessors believe that the Progress Party may also have chosen to leave government cooperation for strategic reasons in order to be able to profile themselves more clearly before the parliamentary elections in 2021. However, Jensen promises that the party will continue to support Solberg’s government in the parliament.