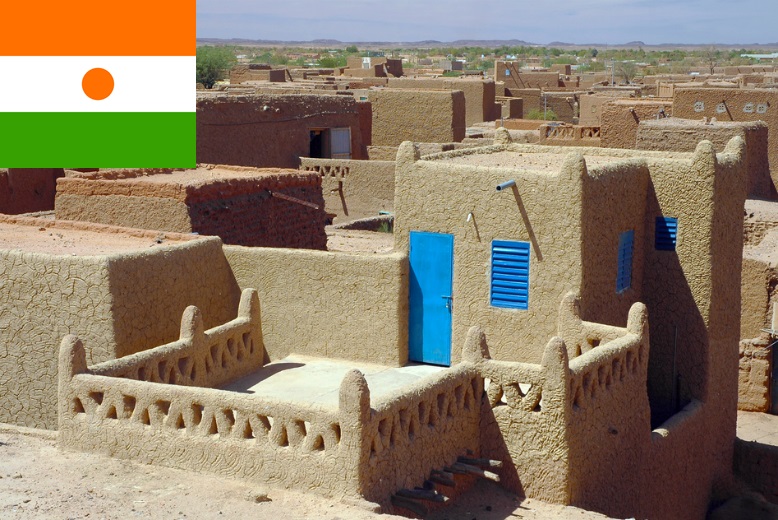 Niger is a country located in the region of Western Africa. See abbreviation for Niger. After over 20 years in opposition, Mahamadou Issoufou and his party the Nigerian Party for Democracy and Socialism (PNDS) came to power in 2011. The first years Issoufou enjoyed broad support but in 2013 a conflict broke out within the government which then burst. The conflict deepened until the 2016 election. Issofou was re-elected but the election was partially boycotted by the opposition.

Issoufou won the 2011 election with the support of Hama Amadou from the country’s second largest party Moden. Amadou became President of Parliament and Moden took office in the government. Issoufou also incorporated civil society representatives in an effort to anchor their rule in society.

For the first two years, the co-government went well, but after a quarrel over the distribution of ministerial posts in connection with a government transformation in 2013, Moden left the government and the contradictions between Issofou and Amadou deepened.

In the summer of 2014, Amadou lost his parliamentary immunity and was threatened with charges of participation in a league accused of selling infants from Nigeria to rich couples in Niger. Amadou argued that political reasons were behind the prosecution. To avoid the charges, he fled to France. In the spring of 2017, a court found Amadou guilty of infant smuggling. He was sentenced in his absence to prison for one year.

Demonstrations against the government

From 2014, the contradictions in the country intensified. The opposition gathered large crowds for hostile demonstrations where Issoufou was accused of corruption and planning to impose dictatorship. The government responded by banning public meetings and detaining opposition activists and journalists.

Before the elections in early 2016, the opposition formed an alliance but failed to agree on a joint candidate. Several opposition leaders campaigned against Issoufou, among them Amadou, who was forced to run his election campaign from a prison cell when he was arrested when he returned to the country a few months before the election.

Issoufou was hoping for a win in the first round but only got 48 percent of the vote. Thus, a second round was held between him and Amadou. The opposition, however, called on its supporters to boycott the election and Issoufou won with 92 percent of the vote. Issoufou’s party PNDS also won in the parliamentary elections held simultaneously.

Every Niger government faces enormous challenges. Rapid population growth exacerbates widespread poverty, while recurring droughts and failed harvests cause constant hunger crises. The social institutions do not reach far outside the cities and parts of Niger are lawless land and prey for criminal gangs, human smugglers and violent Islamist movements that cross borders. The problems are exacerbated by the state’s chronic lack of resources and the extensive corruption.

Issoufou, after its 2011 entry, took several measures to curb corruption. A hot line for reporting suspicious cases was established and two new institutions were given the task of prosecuting corruption in the judiciary and the public sector. The situation has subsequently improved according to the organization Transparency International, which assesses the level of corruption in the countries of the world, but corruption still permeates most social functions.

Security problems are high on the agenda. The peace with the Tuaregs from 2009 (see Modern History) is still going on so far and Issoufou has started a special development program for Tuaregs’ areas in the north, but the situation has still remained unsettled. Many of the rebels have retained their weapons and some of them have gone over to the Islamist organization al-Qaeda in Islamic Maghreb (Aqim), which has carried out several attacks on military posts and foreigners. In the north, there is a general lawlessness where armed gangs attack villages, take hostages and steal cattle and other assets.

In spring and summer 2017, targets in western Niger were attacked by militant groups from Mali and the government proclaimed state of emergency. At the end of 2017, a new anti-terrorist force, G5 Sahel, was deployed in the border region between Mali, Niger and Burkina Faso.

A major problem is the violent Islamist movement Boko Haram’s presence in the Diffa region of south-eastern Niger along the border with Nigeria. The Islamists have their base in Nigeria but regularly enter Niger in search of food and weapons. Many hundreds of civilians have been killed in these raids.

Through the war against Boko Haram, the situation for human rights has deteriorated. Boko Haram carries out systematic attacks on villages where they plunder, murder, torture and rape. The government is also abusing its efforts to stop the terrorists. The military resources that must be devoted to the government’s scarce resources. The fight against Boko Haram is being waged jointly with neighboring countries, France and the United States, but so far no one has been able to stop the movement. On the contrary, the success of the Nigerian army against Boko Haram has led the movement to move its base closer to Niger. The group has succeeded in infiltrating and winning supporters in the border area.

Fashion leader Hama Amadou returned to Niger in November 2019 from exile in France. He was imprisoned immediately to serve the rest of his home sentence for smuggling infants. Next, Amadou planned to make a political comeback and once again challenge Issoufou at the presidential post.