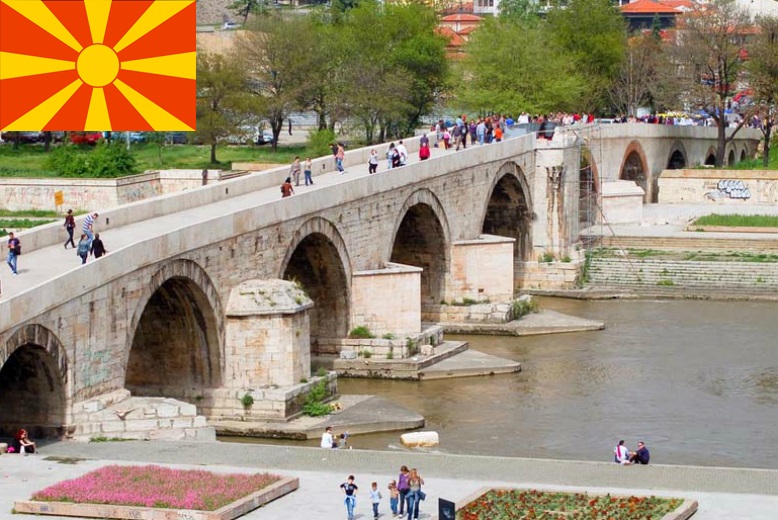 North Macedonia is a country located in the region of Southern Europe. See abbreviation for Macedonia. In February 2019, Macedonia formally changed its name to Northern Macedonia, thereby enabling the road to be open for accession to NATO and for membership negotiations with the EU. It took a little over a year, but now the country is NATO’s 30th Member State and the long-awaited EU negotiation ready sign has arrived. But setbacks along the way led to the resignation of the government and a new election triggered.

The government that took office in May 2017, with Socialist Zoran Zaev as prime minister, showed willingness to compromise in the protracted name conflict with Greece and in June 2018, after talks under UN auspices, the countries reached an agreement that the Republic of Macedonia should become the Republic Northern Macedonia (see Foreign Policy and Defense). Much of the opposition continued to oppose the change of name, but it was approved in a referendum and in several steps in Parliament. Positive signals came from the EU that membership negotiations could begin as early as 2019 – but hopes were dashed as France opposed a continued enlargement of the Union. It was not until March 2020 that the ready sign began to begin negotiations, although the path to full membership is still assumed to be long. The day after the EU announcement, Northern Macedonia formally became a member of NATO (read more in Foreign Policy and Defense).

When the invitation to the EU did not arrive as expected in 2019, it meant a severe setback for Prime Minister Zaev and led him to announce his election to Parliament during the autumn. The election would have been held in April 2020, but just a month before the election, politicians from all camps agreed to postpone it indefinitely, due to the corona pandemic that causes severe disruptions worldwide (see Calendar).

The political scene in the former Yugoslav Republic of Macedonia was long characterized by contradictions between the Macedonian majority and the Albanian minority. Today, the sharpest line of conflict goes between the two largest political parties, the Social Democratic SDSM and the Macedonian-nationalist VMRO-DPMNE (see Political system). The contradictions were reinforced in the aftermath of a eavesdropping scandal that led to the new elections and the change of government in 2017. It took almost six months to form a government after the election (see below). 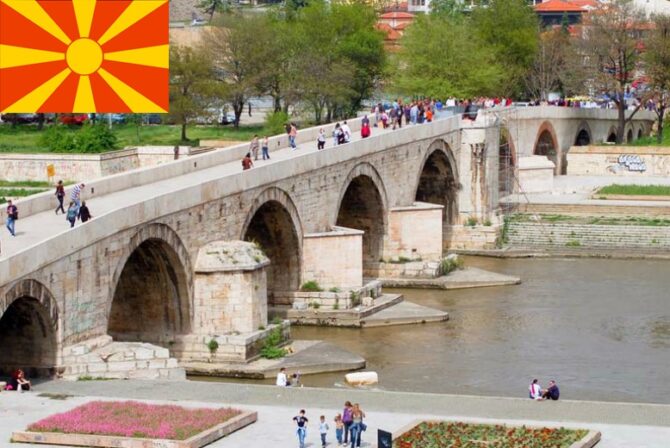 The split in two fairly even camps became evident in the spring 2019 presidential election: in the first round, the candidates of the two major parties became extremely even. In the second round, Social Democratic candidate Stevo Pendarovski won with 52 percent of the vote.

The run-up to the new election in December 2016 came when an already serious political crisis (see Modern History) worsened in early 2015. Social Democratic then-opposition leader Zoran Zaev then accused the sitting VMRO-DPMNE government of illegally intercepting around 20,000 people, including politicians, journalists, judges, police and activists. According to Zaev, there were secret recordings of conversations that revealed electoral fraud and corruption as well as government control of the judiciary.

The then Prime Minister, VMRO-DPMNE leader Nikola Gruevski, claimed that the recordings were manipulated by a “foreign security service”. Zaev was accused of trying to overthrow the government and was deprived of his passport. But when Zaev began publishing recordings in February, criticism grew primarily against Gruevski. The disclosure triggered extensive demonstrations demanding the resignation of the government.

In May, fighting broke out between heavily armed people and police in the ethnically mixed city of Kumanovo in the north, near the Kosovo border. Eighteen people, including eight police officers, were killed in what the government described as an attempt to attack the regime from terrorists with roots in the Albanian guerrilla movement UÇK (see Modern History). The opposition, instead, said it was all a provocation from the government to direct attention away from the eavesdropping scandal.

In the summer of 2015, the EU and the US managed to reach an agreement between the government and the opposition. A transitional government would be appointed, electoral lengths “washed” and rules established for fair access to the media. A special court was set up to deal with the charges in the tracks of the eavesdropping scandal.

SDSM canceled its boycott of Parliament’s work and in January 2016, Gruevski resigned in accordance with the agreement, ahead of a planned new election in April. He was replaced by VMRO-DPMNE’s secretary general Emil Dimitriev but remained as party leader. The transitional government that was formed also included representatives of the opposition.

However, the new election had to be postponed twice in the future, as SDSM did not consider that the conditions regarding electoral lengths and impartial media reporting were met. The situation worsened when President Gjorge Ivanov in advance let “pardon” high-ranking politicians who were at risk of facing corruption and abuse of power following the disclosure of the interception. It triggered daily demonstrations against the government – the so-called colorful revolution, led by the Protestiram (I Protestant) movement, which sprayed paint on house facades and monuments in Skopje. The president was eventually forced to withdraw the pardons.

In the summer of 2016, the US / EU succeeded in establishing a new settlement to break the political deadlock and in December the new election was finally implemented. However, it did not solve the problems. The position between VMRO-DPMNE and SDSM was extremely even (51 and 49 places respectively). The Albanian parties – the formerly dominant BDI and PDSH (see Political system) as well as two newly formed parties – were thus given a wave role. But they had talked to each other during a visit to Albania’s Prime Minister Edi Rama and now made far-reaching demands for their support, primarily that the Albanian language should be equated with Macedonian at all levels of society.

In early January 2017, Nikola Gruevski, the leader of the largest party, was commissioned by President Ivanov to try to form a government but he failed. SDSM leader Zoran Zaev succeeded better and gained a majority in parliament. But Ivanov refused to give Zaev the assignment, citing Albanian demands to break the country. The president, as head of state, should be free from all party politics, but Ivanov has on several occasions nevertheless supported VMRO-DPMNE.

When EU Enlargement Commissioner Johannes Hahn came to Macedonia to try to mediate, tens of thousands of Macedonians demonstrated against the EU, against the Albanian demands and against Albania accused of interfering with the country’s affairs. When Parliament, despite opposition from VMRO-DPMNE in April, elected an ethnic Alban to the President, party supporters stormed the parliament building and several members were injured. But in May, after pressure from, among other things, the United States, President Ivanov finally gave the government assignment to Zaev, who formed a government with two Albanian parties.

The new government quickly presented a plan for reforms that would be implemented in a short time. It concerned reforms that the EU called for to revive its recommendation to allow the country to start membership negotiations with the Union, including changes in the judiciary and making Albanian the official language throughout the country. The change in the Language Act was seen as a final step to fully fulfill the terms of the 2001 peace agreement (see Modern History). The Nationalists strongly opposed it, but the National Assembly voted twice for a change in the Language Act and was thus able to push through it despite President Ivanov’s veto. Despite continued protests from VMRO-DPMNE, the new law came into force in January 2019 (see Calendar and Population and Language).

In the past, VMRO-DPMNE has also used “long talk” (filibuster) in Parliament with a view to delaying, or even preventing, reforms. One of the reasons behind this was a threat from the prosecutor to bring a large number of leading VMRO-DPMNE members, with party leader Nikola Gruevski at the head, to justice for corruption and abuse of power. However, after a severe setback for the party in the municipal elections in autumn 2017, Gruevski resigned as party leader (see Calendar).