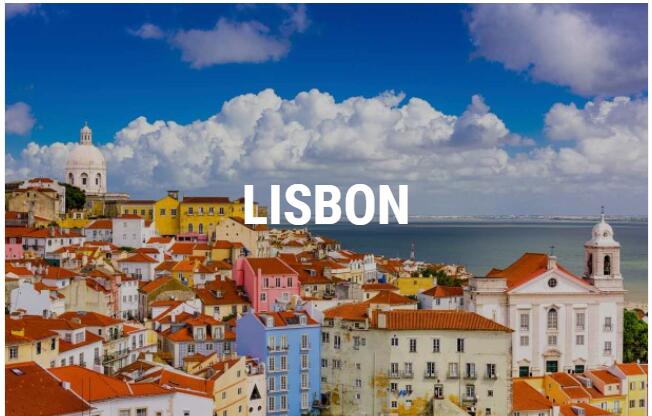 Charming Lisbon is full of great food and spectacular architecture. Sunny Lisbon is an atmospheric and beautiful city destination. With its location in the westernmost part of Europe and the sunniest capital on the continent, the destination is diverse. Lisbon’s historic attractions, combined with a vibrant urban culture and nearby sandy beaches, will entertain both cultural enthusiasts and sun worshipers.

The Portuguese capital, Lisbon, is located right on the west coast of a country on the western edge of Europe. History is still strongly present in Lisbon, as the city rose to its glory in the late Middle Ages, fueled by world-famous expeditions. The city’s historical sights are still reminiscent of this golden age.

The havina of the wings of Portuguese history can be felt in the UNESCO World Heritage Sites, the Monastery of Hieronymos and the Belém Tower, as well as in the even older castle of São Jorge.

The hustle and bustle, in turn, can be found in the Baixa area, in the center of Lisbon. The lively squares and pedestrian streets of the city center, with their shops and cafés, form the most urban side of the city.

Travel all year round

The average annual temperature in Lisbon fluctuates with the twists and turns of the selection. So you can travel to the city according to your own preferences, for example, all year round.

In summer, sunny Lisbon pampers tourists almost without exception with heat readings and the temperature rises regularly to +30 degrees during the day. Winter is much wetter in the city, but clearly warmer than in Finland: the temperature does not fall below just ten degrees.

Lisbon’s tourist season is at its hottest during the summer months. Slightly quieter travel times are spring and autumn, when there is no need to worry about winter rains or midsummer toast. 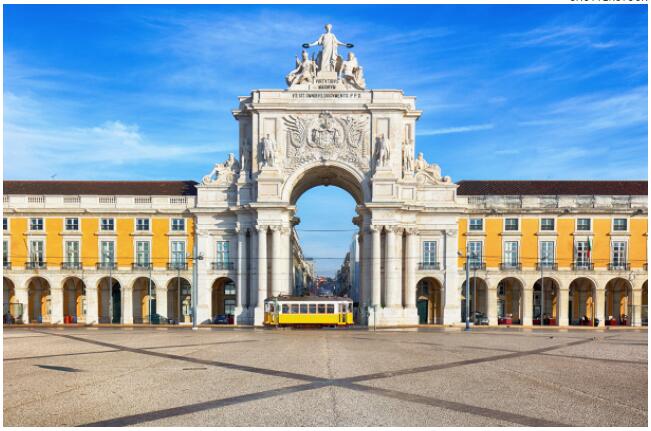 A successful city break in Lisbon

Lisbon is best suited as a city holiday destination, with a wealth of interesting cultural attractions, endlessly stunning architecture, good restaurants and, of course, great shopping.

In addition to historical attractions, Lisbon is the cradle of museums. It is worth visiting the offer in advance, as there are dozens of different exhibitions, galleries and museums in the city.

Alternatives for those interested in history include the Maritime Museum, which focuses on expeditions, and the Museum of Ancient Art. The Berardo Museum displays a wide and recognized range of modern art from Picasso to Dali and Warhol.

The MuDe Design and Fashion Museum, located right in the city center, is also one of the leading museums in its field internationally.

Portuguese cuisine is known for its unpretentious food. Dishes worth trying are especially dishes made from fresh fish and seafood. Pork and lamb dishes are also very popular.

Restaurants in Lisbon can be found in abundance, from pastelaria folk cups to modern fine dining venues. In restaurants, the prices of food – and especially local wines – remain reasonable from a Finnish perspective.

Lisbon Castle rises on a hill in the middle of the city center and is an easy attraction even on a short city break.

In restaurants, it is common practice to leave five to ten percent of the balance. By the way, Lisbon is a cheap destination in the capital, as the city’s price level is very affordable in Finnish.

If you are interested in nightlife, head to Bairro Alto after dinner, directly at the high-rise district. As the evening darkens, the maze of streets come to life regardless of the day of the week. The variety of cups and bars is endless.

As Bairro Alto’s bars close in two countries, locals head to the harbor area for nightclubs where it is possible to enjoy themselves until dawn.

A music lover should definitely also get acquainted with fado, Portuguese folk music. Melancholic touches can be watched both at regular restaurants and at special fado clubs.

To refresh the surrounding area

Legs burdened by urban navigation are worth resting outside of Lisbon. 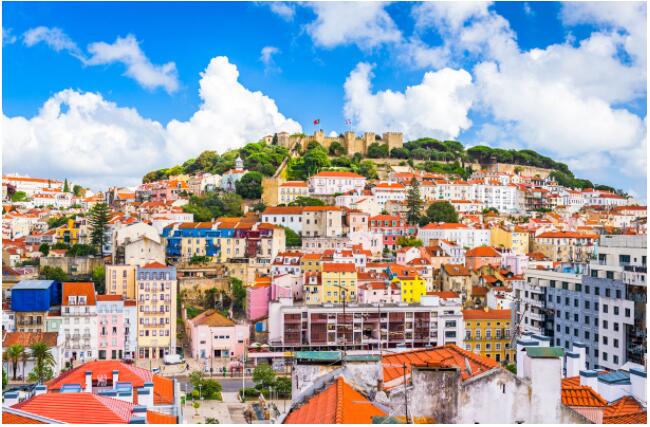 A dip in the refreshing Atlantic Ocean is sure to cheer you up. Less than an hour’s train ride away are the quality beaches of Cascais and Estoril, which are also popular with surfers.

The train also provides easy access to Sintra, on the slopes of the Serra Mountains. The picturesque city, selected as a UNESCO World Heritage Site, is definitely an experience worth a day trip .

Crossing the Tagus River, which crosses the Iberian Peninsula, is an experience in itself. The longest bridge in Europe, named after explorer Vasco da Gama , travels a brisk 17 kilometers to the opposite shore. Instead of a car, the trip can also be folded on a river boat.

the other side of the river is a popular destination in Rio de Janeiro’s Christ statue resembling the Cristo Rei Monument, which can be seen from all over town.

Portugal is spoken in Lisbon, but the tourist is also doing well in helping Spain as well as in English, especially in tourist destinations. Before the trip, however, you should learn the basic phrases in Portuguese, which is easy if you have a little knowledge of Spanish in the background.

The city is a fairly safe destination, but the tourist should take care of their own property, especially in the crowds. Walking alone in the dark is also something to avoid. In Lisbon, the tourist is doing well in common sense.