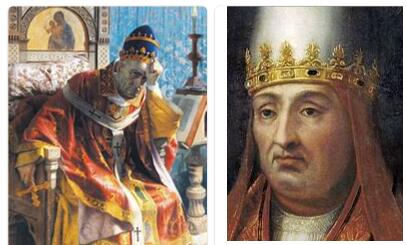 At the time in which Dante thus relived and almost reconstructed, ideally, the life of Italy, the empire was absent from the peninsula. Anti-imperial parties and forces prevailed, cities traditionally Guelphs or linked to Guelphs prevailed over others, Rudolf of Habsburg’s vicars had little recognition, neither he nor his immediate successors came to look for royal and imperial crowns in Italy. The kings of Germany began to operate within the narrow sphere of their countries beyond the Alps, that is, in the case of the Habsburgs, within the sphere of their inherited possessions of Austria. And like Habsburgs and Austria, the Italians will then find them once again confronted. But if these were serious moments for the empire, they were also serious for the papacy. His coordinating capacity of the political forces of the peninsula and also of the other more distant ones had diminished, due in part to the existence and power of the empire. Once this had expired, one of the reasons that had often made particular states well disposed to recognize the authority of the papacy even in the forms of feudal dependence was missing; a similar institution was lacking and therefore, in a certain sense, supportive, equally adverse to the development of national and territorial states. In addition, for the papacy, the new and intrusive worldliness of the Church, again almost submerged by the surge of the century; the fierce dissidents within the ecclesiastical family (secular and regular), the anti-tourism propaganda of the extreme wing of Franciscanism. And temporal ambitions of bishops, in the service of a family or a party; friction in the curia between the college of cardinals and the pope, as well as between barons and kings; discords within the college itself, which reflected the competitions between the families of the Roman nobility, between cardinal supporters of France and cardinal supporters of the Italian side. Intrusiveness of the great powers in the curia: first, French, now also Aragonese. The emperor is no longer there: but others have taken over, with more evident aims of political exploitation of the papacy, which are also ends of Italian domination. The dynastic union of the kingdom of Sicily and the kingdom of Germany is broken. But an almost equal bond was established between the kingdom of Sicily and the kingdom of France. Hence a sense of malaise in the curia itself, which explains the election of a Celestine V, also as a way of getting out of the bottlenecks of the parties and families that, aspiring to the papacy, they made elections extremely difficult. But the logic of things then led much more towards the Niccolò III, the Urban IV, the Martino IV, the Bonifacio VIII, all political popes, more or less linked to the great monarchies or to powerful family interests that needed to be promoted and that could, together , use for the purposes of the Church State. It was a time of struggle. The kings of the West tampered with every ecclesiastical freedom, in financial and judicial matters, without restraint and without scruples. In Rome and in the Roman Campagna, the Colonnas are in rebellion and find allies with the King of France, they have some understanding with the Spirituals, who represent absolute religiosity in the struggle against the political papacy and proclaim Boniface a false pope. The Florentines, the Florentine Guelphs also raise their heads against the sum keys and become a stone of scandal. The Sicilians do not want to bow to a vassal king of the Holy See and remain loyal to an independent king. These were all particular issues and, to a large extent, factual. But, by the nature of the times and of the man who ruled the papacy and also because of the interest of the adversaries, they resulted in a general ideal contrast on the nature of the Roman pontificate, on the relations between it and the Church, between it and the college of cardinals. , between State and Church. And there was solemn reaffirmation of rights, on both sides; to lofty proclamations of principles, to dogmatic statements. The absence of the empire, the almost absolute independence in which particular states had confronted it, encouraged the papacy to rise even higher above them, it gave them the sense of an unlimited right and duty to be the referee guide in their internal affairs. Only the pontiff is subject to no one, except to the judgment of God. May summi Pontificis est sine pusione number et mensura , in the spiritual and in the temporal. It is the culmination of theocratic doctrine. Italian polemical literature is almost entirely on the papal side; where it is French the literature which now takes the side of the state, claims its freedom, limits the privileges of the Church and, where it admits them, affirms them by concession of the king, for the general good and of the state, and revocable by the king if that good demands it. Partly thanks to the kingdom, the ideal and practical center of French life, coordinator of actions and thoughts. But in Italy, that same claim, limitation, affirmation is, very broad,  in re, every day and every hour; it is in juridical literature, even if it knows the empire more than the kingdom of Italy or, if you like, sees the kingdom as an empire. And now the empire could hardly be the guide and sign of a struggle of this kind.

Boniface VIII came out worn and battered by this effort, now anachronistic. The Holy See, following the conclave from which the French Pope Clement V left, moved to France, the country that for centuries had offered and provided popes with hospitality and the aid of armies. Thus, even the papacy, like the empire, is absent from Italy. Not only materially. The papacy is made or appears to Italians as a French thing, in the service of French interests. Dante turned against the Avignon popes and, as he invoked the return of the empire to Italy, so too the election of the Italian pope and the return of the Holy See. This second invocation was in vain. Less vain was or seemed to appeal to the emperor. And Henry VII of Luxembourg came and brought back to the Italians the “honored insignia” of Rome. But Florence opposed her with all her strength.