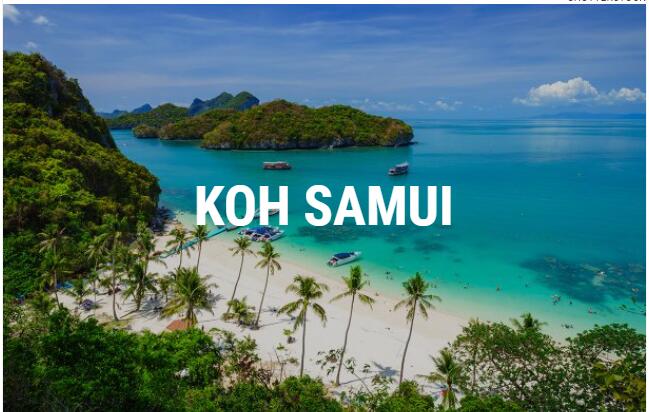 Koh Samui is a fine palm island in Thailand. Koh Samui is especially suitable for couples looking for a little luxury on holiday. Koh Samui is ready to challenge even Phuket to the title of Thailand’s most popular holiday island.

Thailand’s third largest island, Koh Samui, with its second spelling of Ko Samui, is located in the Gulf of Siam to the east of the mainland. Koh Samui belongs to the Samui archipelago, which also includes about 60 smaller islands.

For a long time, Koh Samui was a tropical paradise known only to a few. However, tourists fell in love with the greenery and palm beaches of the island a few decades ago. With the growth of tourism, hotels, shopping streets, restaurants and nightclubs rose in Koh Samui – all the services a tourist needs.

However, Koh Samui still has untouched corners left. The paths leading to the rainforest and the shade of coconut palms and the small villages of the coast offer a glimpse into the island’s past and tropical everyday life. There are also temples and other attractions on the island. The most famous attraction in Koh Samui is the large Buddha statue.

Koh Samui is especially known for its sandy beaches, the most popular of which are Chaweng and Lamai on the east coast. There are also plenty of water sports on the long beaches.

The tropical climate pampers the holidaymaker

Koh Samui’s climate is tropical warm and humid all year round. The hottest temperatures in Koh Samui are often experienced in the summer, but mercury can rise to around 30 degrees year-round. The temperature stays around 25 degrees on average even in winter.

More temperatures The best tourist times in Koh Samui are affected by the rainy season. The driest on the island is from February to April and the wettest in October-November. It is therefore worth noting that the Samui rainy season is located further into the winter than on many other Thai islands.

With the exception of late autumn, rains often come in Koh Samui as short afternoon gusts, allowing the sun to be enjoyed most of the day.

Beach life in the shade of palm trees

Beaches are definitely one of Koh Samui’s biggest trump cards. The most popular of the island’s beaches and resorts is the five-kilometer-long Chaweng. The soft sandy beach framed by palm trees is one of the most beautiful views on the island and is located right next to the hotel and services.

Chaweng also has plenty of water sports: active holidaymakers can enjoy activities such as snorkelling and diving. Koh Samui also offers diving on the west side of the island at Ang Thong Marine National Park.

Especially during the hottest tourist season, Chaweng is often full of tourists. Fortunately, there are also quiet coves in the shade of the cliffs of Koh Samui. Peace lovers can head to the beaches of the north coast, such as Bophut, for example.

FLIGHTS, ACCOMMODATION AND MOVEMENT AT THE KOH SAMUI 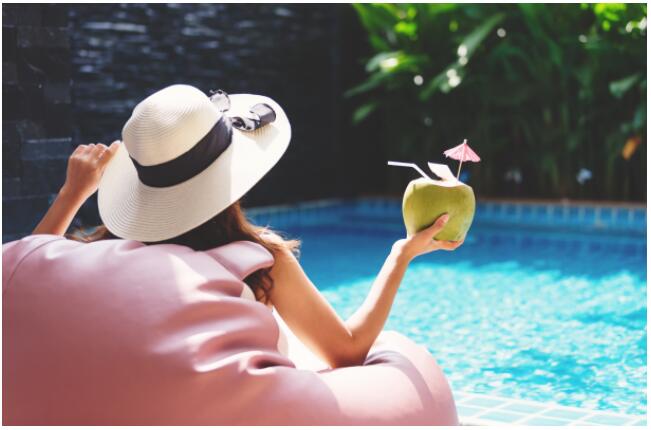 Koh Samui has many quality hotels.

Flying to your favorite island

Koh Samui is served from Finland via either Bangkok or Phuket. The flight from Helsinki to Phuket or Bangkok takes about 10-11 hours, after which the journey continues with an hour-long flight to Koh Samui.

Koh Samui Airport is located about two kilometers from Chaweng and is considered one of the most beautiful in Thailand . The airport, owned by Bangkok Airways, consists of open-walled buildings using materials such as bamboo and straw.

It is worth noting that flights to Koh Samui are on average more expensive than to other Thai islands. One-way flights from Bangkok can easily cost over a hundred euros. You can also get there by a combination of bus and ferry.

Hotels and accommodation in Koh Samui

The huge increase in tourism in Koh Samui has been reflected in the hotel offerings on the island. Hundreds of holiday hotels, luxury villas and bungalows can now be found on the almost untouched island. Samui has an exceptionally good selection of quality accommodation, making it a popular honeymoon destination.

In Koh Samui, it is also possible to find budget accommodation in small inns and hostels. The price of a hotel night in Koh Samui, depending on the desired level, averages one hundred euros on both sides. At its cheapest, the island accommodates about ten euros, but you should not expect strange amenities.

There are a lot of taxis in Koh Samui, but it is a good idea for the tourist to make sure the driver puts on the meter or the price is agreed in advance. A cheaper alternative to getting around is a stagethaew, a songthaew that takes a few euros for a trip.

Car hire is a good option in Koh Samui. The small island can be explored by car in an hour, but the freedom brought by a rental car allows you to make several day trips to different beaches and destinations. Koh Samui’s road network is in good condition compared to many other holiday islands. 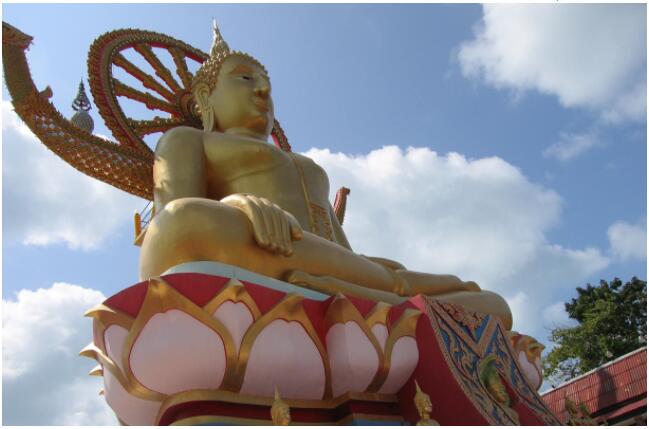 The gilded Big Buddha is worthy of its name.

Koh Samui’s most famous attraction is located in the northern part of the island. The Big Buddha is a 12 meter high statue that sits in a place of honor at the end of a long staircase. The gilded Buddha statue was built in 1972 and is worth seeing and perpetuating. Particularly magnificent, the Buddha appears in the glow of the sunset.

Remember that when you visit the Buddha, you will arrive in a religious area. It is therefore polite to take into account the local culture when dressing. At least the shoulders and knees should be covered, but ankle flickering should also be avoided. These dress codes should be followed in other temple areas as well.

In a couple of decades, Chaweng Beach has developed into the tourist center of Koh Samui. The long, soft sandy beach is like straight from a tourist ad. Chaweng offers water sports and there are plenty of luxury hotels and restaurants to feel like on the beach. Chaweng is also the nightlife center of Koh Samui, with many pubs, bars and nightclubs near the beach.

Namtok Hin Lat is one of the most beautiful and easily accessible waterfalls in Koh Samui. You can get there by car or taxi, and you should book a swimsuit. In water pools, paddling is a variation on saline seawater. The water is cool, so the waterfalls provide the perfect refreshment for a toasty day.

Located in the northwest corner of Koh Samui, Ang Thong Marine National Park is a must-visit for those interested in the rich nature of the Andaman Sea. In the park, which consists of more than 40 small islands, you can not only take part in diving trips, but also explore the surrounding nature with its rainforests and deserted beaches.

Boat trips from Koh Samui to Ang Thong Marine National Park are available. The entrance fee to the park costs less than 10 euros per adult.

THE BEST OF KOH SAMUI 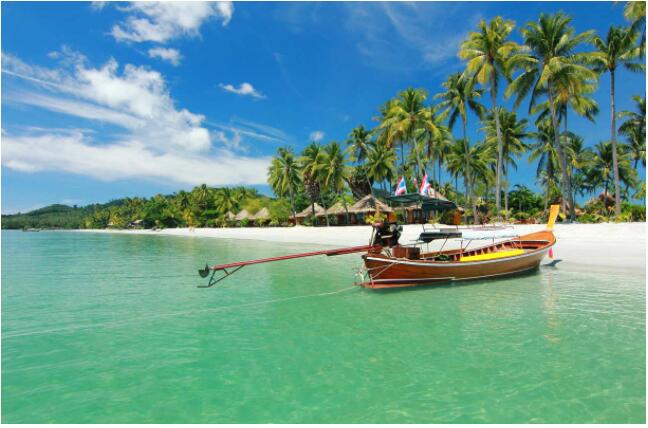 The best beaches in Koh Samui

The best activities in Koh Samui