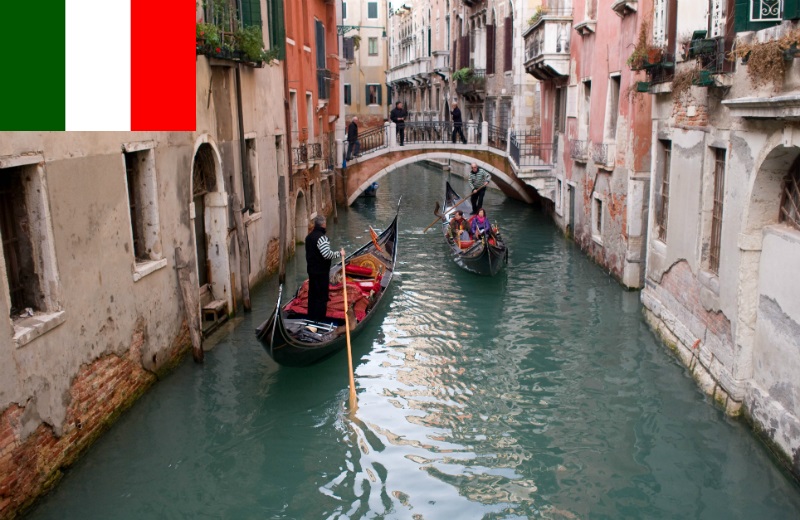 Italy is a country located in the region of Southern Europe. See abbreviation for Italy. Politics in Italy is characterized by great instability. In September 2019, the country received its 67th government since World War II. The highly unlikely coalition between the populist Five Star Movement and the leftist Democratic Party was formed as a way to stop xenophobic Lega, which dominated the former government, from taking over the country.

Italy is characterized by a historical legacy of violent contradictions between fascism and communism. There are still hot feelings in the right-to-left conflict, and a living union tradition has fueled protests against recent budget cuts.

The country is divided between the richer and industrially well-developed northern Italy and the poorer southern mainland and Sicily, where the mafia has significant influence. Unemployment is high in the south, especially among young people, and millions of people have moved north to major industrial cities. There are strong demands for increased regional self-government, in order for Northern Italy to avoid tax subsidizing the South.

The economic crisis of recent years has also hit hard in the business sector in the north, and the mafia has stepped up there.

The Mafia and the Catholic Church are strong forces that slowed the modernization of Italy. The widespread corruption is another inhibitory factor.

From the mid-2010s, when a crisis arose in the EU as hundreds of thousands of refugees arrived in certain European countries, anti-immigrant sentiments have increased in Italy. Between 2014 and 2018, over 600,000 migrants are estimated to have arrived in the country.

From the second half of 2017, the refugee flow across the Mediterranean decreased by about 70-80 percent compared to the previous year. One important reason was that Italy had increased support for the coast guard in Libya, which many refugees came from, so that more of the refugee smugglers’ boats could be stopped. In addition, the Italian government had also helped strengthen border surveillance at the Libyan borders in the south and increased cooperation with Libyan militia groups to prevent migration. The new Italian policy was criticized by human rights groups for contributing to the migration of migrants to Libyan camps in difficult conditions. 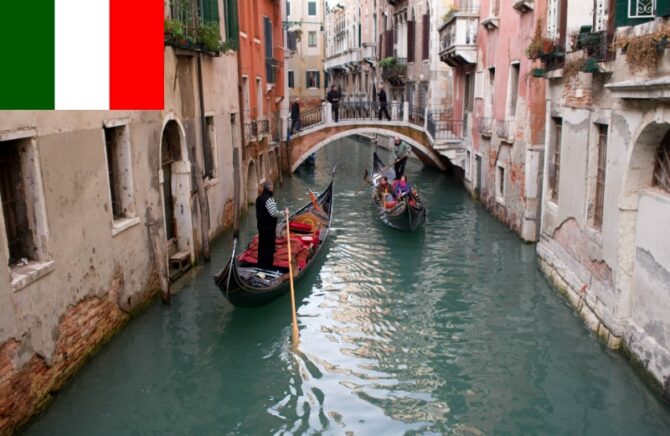 Ahead of the parliamentary elections in early March 2018, the political situation in the country was highly uncertain. Since December 2016, when Matteo Renzi was forced to resign as prime minister (see Modern History), Italy was ruled by an expedition government led by Paolo Gentiloni of the Democratic Party (DP).

DP’s prospects for the election looked dark. The party had declined in opinion polls and many of the traditional DP voters had switched to the populist Five Star Movement. At the same time, competition for voters had increased after a group of influential politicians left the DP in early 2017 and later in the year formed the Party Free and Equal. Neither the success of limiting the flow of refugees across the Mediterranean nor the somewhat lucrative economic situation affected the DP’s negative opinion figures.

The recent economic downturn in Italy and the unpopular austerity policy in its tracks that have been carried out to meet the conditions of the euro co-operation have founded a deep dissatisfaction with the EU among some residents of the country. The moods have been captured by the political parties: the Five Star Movement in particular and Silvio Berlusconi’s right alliance have taken a negative stance on euro cooperation, but the DP has also criticized the EU’s focus on economic austerity.

After several scandals and legal proceedings, many had seen 81-year-old Silvio Berlusconi calculated as a politician. But during the second half of 2017 he made a surprising comeback and again managed to form an alliance between his own party Heja Italy, anti-immigrant and EU-critical Lega (formerly Lega Nord) and the right-wing Italy’s brothers.

But when about half of the votes were counted after the election in early March 2018, it was surprising that Lega received more votes than Heja Italy in the House of Commons, where Berlusconi’s alliance won overall. At the same time, it was the Five-Star Movement that was the individual party that had the strongest support among voters, about one-third of the vote. DP ended up after the other parties, which led to party leader Matteo Renzi announcing his resignation.

In June 2018, after three months of difficult negotiations and constant threats of new elections, Lega and the Five Star Movement succeeded in agreeing to form a coalition government. Both Lega’s leader Matteo Salvini and Five Star Movement’s Luigi Di Maio had aimed at the Prime Minister’s post and did not want to give in, but in the end, Professor Giuseppe Conte, who lacked political experience, was tasked with leading the government. The election of finance minister in the new government was also controversial. When President Sergio Mattarella refused to accept the post-Eurosceptic Paolo Savona, a re-election was imminent. But the situation was solved when Lega and the Five Star Movement launched Finance Professor Giovanni Tria as finance minister instead. This was not stated to be Eurocritical like Savona.

The populist coalition government planned to tighten up immigration policy. It also promised lower taxes and a basic income for job-seekers and poor families, which blended in with the EU’s demands for financial austerity to help Italy fight its soaring government debt.

Shortly after taking office, the government demonstrated tests of the new tougher immigration policy by denying ships, which aid organizations run to rescue distressed migrants in the Mediterranean, to gain access to the country’s ports. On several occasions, migrants from rescue vessels were allowed to take ashore only after it became clear that other EU countries would receive the migrants as well. Interior Minister Salvini’s hard line encountered resistance within the country, not least from NGOs, and was criticized by other EU countries, such as France. At the end of 2018, Parliament passed a new immigration and security law that made it easier to expel migrants and to restrict the right to a residence permit.

But it was not only the refugee policy that led to tensions with the EU. In the fall of 2018, Italy’s budget for 2019 also became the subject of conflict. The EU Commission considered that the Italian budget deficit was too large, while containing growth figures for the next two years. Prime Minister Giuseppe Contes and Finance Minister Giovanni Trias, together with negative reactions to the financial market, should have together contributed to Salvini and Di Maio finally giving way to the EU’s demands and presenting a revised budget. In the budget, seven billion euros were earmarked for the Five Star Movement on Citizens’ Pay (see Social Conditions).

Government cooperation already cracked early in the joints between the unlucky coalition parties. Several crises could hardly be resolved, but in August 2019 the government cracked down. After a dispute between the government parties over an EU-supported train line, Interior Minister Salvini announced that his party Lega was ready to leave the government and that new elections should be held. Lega then led long opinion polls in the country and the chances of the popular Salvini to be prime minister for a new government seemed good. Salvini then initiated a vote of no confidence against Prime Minister Conte in the Senate, which could topple the government. But Conte preceded the vote by announcing on August 20 that he resigned.

There was much to suggest that President Sergio Mattarella would have to announce new elections, but a few days later the Five Star Movement and the leftist Democratic Party announced that they had agreed to form a new government. The parties had agreed that Giuseppe Conte would be allowed to continue as prime minister. The new government took office in early September 2019 with Luigi di Maio as new foreign minister and PD’s Roberto Gualtieri at the post of finance minister. PD’s ally on the left – the small party Free and Equal – was also represented in the new government, with Health Minister Roberto Speranza. Prime Minister Conte promised that the new government would be more focused on cooperation with the EU than the former and that the tough migration policy would be softened.

Assessors pointed out that it was problematic that the government parties are far apart in important areas such as taxes, labor market issues and immigration.

Matteo Salvini, who has missed out on the opposition, continued the attempts to topple the government. Ahead of the regional elections in the left-wing Emilia-Romagna in early 2020, he ran an intensive campaign for Lega to take over the governor’s post from the Democratic Party. Salvini’s failure to do so (see the calendar) was partly due to the fact that a newly formed popular movement, the Sardines, succeeded in mobilizing voters in their fight against neo-fascism in society. The election results were a relief to Prime Minister Giuseppe Conte and his coalition government – not least because Salvini had tried to paint the election in Emilia-Romagna as a vote on confidence in the country’s government.

Just a week later, the government was facing the next difficult ordeal: trying to fight the spread of the new corona virus in the country since two people in Rome became ill in covid-19. The government announced a state of emergency in March as the spread of infection increased sharply, especially in the northern regions of the country. The death toll increased with alarming speed, which meant that people were ordered to stay at home while travel was no longer allowed and many shops, restaurants, museums, sports events and more were shut down.

Only after almost three months did large parts of the community re-open, although some measures were removed as early as May, such as allowing people to meet their relatives again while traveling within the regions became possible.

But Italy was also the country in Europe that had been hit hardest by the pandemic. The number of reported deaths in the covid-19 disease caused by the coronavirus was over 33,000 in early June and the number of illnesses was over 200,000. The pandemic had severe consequences for the already troubled economy. GDP shrank by more than 5 percent during the first quarter of 2020, according to official statistics. It was not only the closure of business and industry that affected, but also the declining world trade in large and the collapse of the tourism sector. Government debts were expected to rise sharply, as did unemployment and private indebtedness among the general population.