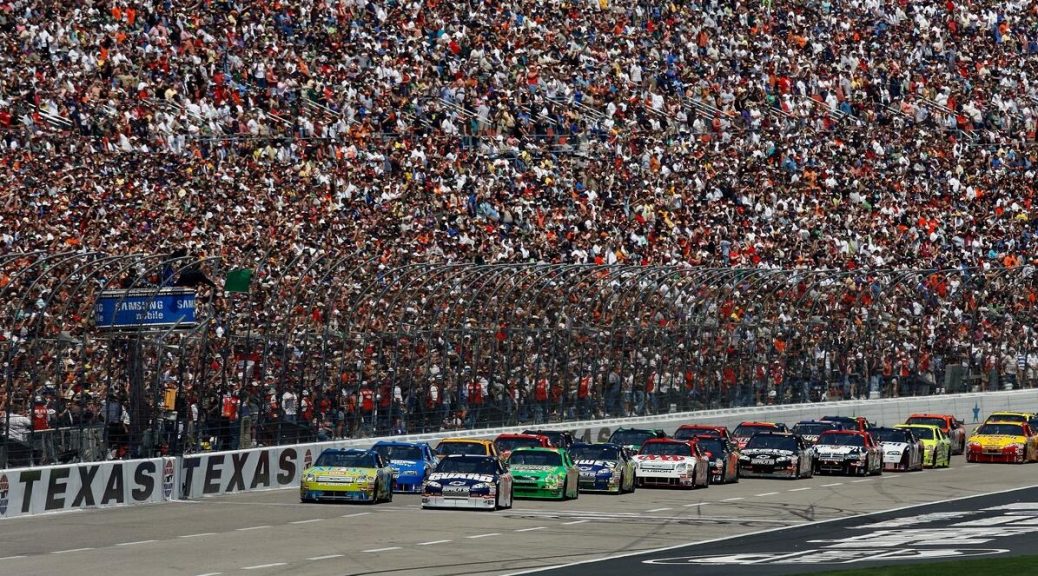 The “city of cowboys and culture”, Fort Worth, keeps its promises: an exciting western atmosphere, for example in Billy Bob’s Texas, the world’s largest honky tonk, and first-class cultural offers in opera and concert performances, theater and dance events.

Fort Worth was established as an army outpost on the banks of the Trinity River in 1849 and was one of eight forts designed to protect settlers from Indian attacks.

With a population of more than 790,000, Fort Worth is home to some of the country’s largest corporations and manufacturers, such as American Airlines, RadioShack Corp., Pier 1 Imports, Burlington Northern Santa Fe Railroad, and Lockheed Martin Tactical Aircraft Systems. The neighboring city of Dallas captivates with its western atmosphere and a diverse mix of music, cuisine and architecture. The fifth largest city of Texas not only impresses with a varied art and music scene, Wild West romantics and families will also get their money’s worth here.

Fort Worth is easy to explore on foot .

Fort Worth is consistently named as one of the top cities in the nation for work and life and business. The city was named one of “America’s Most Livable Communities” for the 10-year period from 2004 to 2014; one of only 10 designated cities.

This trendy neighborhood connects downtown to the Will Rogers Memorial Center and the bohemian district . Discover a sophisticated mix of pedestrian-friendly urban elements. Pamper yourself in high-quality restaurants, lap in boutiques and enjoy the vibrant nightlife.

Known for its hip atmosphere and selection of dining options, the glamorous Near Southside district proudly advertises with its self-proclaimed title as a “restaurant mile”. Charming restaurants, historic architecture, music venues, and art galleries line the streets of this remote neighborhood south of downtown.

Enjoy the gastronomy with food directly from the producer, take a tour of a brewery or whiskey distillery, look for distinctive art objects or attend a show by the best young artists in the region. 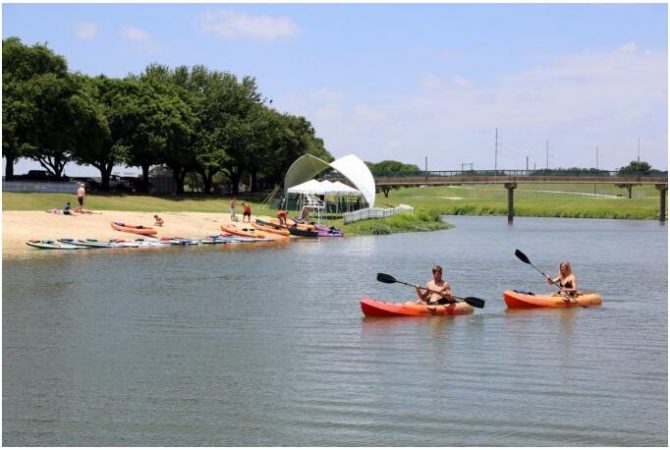 Fort Worth also offers a wide range of outdoor activities, from biking and hiking trails along the Trinity River with a total length of 40 miles to the Fort Worth Nature Center and Refuge with hiking trails totaling over 30 kilometers to world-class golf courses and exciting Water sports activities such as canoe and kayak tours or stand-up paddling.

From Downtown Fort Worth, Taylor Street goes north to the Trinity River. Theme days like Sunday Funday or Rockin ‘the River promise lots of fun and relaxation. Inflatable boats or tubes are rented out every Sunday in summer and you can float on the river. Food & drinks as well as yoga lessons are also offered. On the stage on the riverbank, bands and solo artists inspire their audience every time anew. 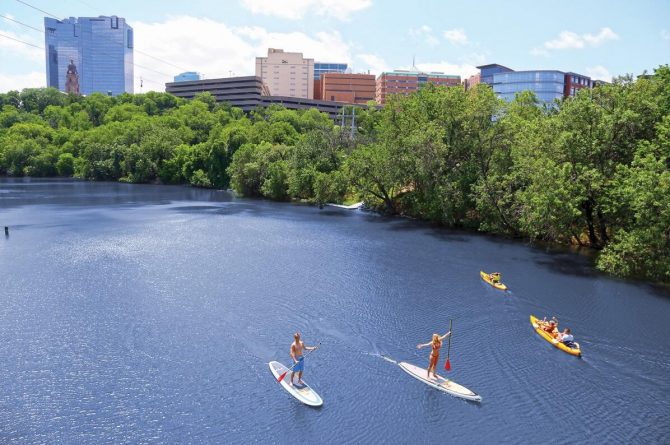 If you feel like it, you can put your skills to the test with stand-up paddling or rent a canoe or kayak and explore the river.

The cultural capital of the southwest

Although Fort Worth has a strong western culture, the city also has some of the most prestigious cultural institutions in the country. From world-class museums and art galleries, to world-class ballet and talented theater groups, to a thriving film scene; Fort Worth’s cultural attractions offer something for everyone.

Fort Worth has several artist groups devoted to the film genre, and moviegoers have unique options to choose from.

Fort Worth is known for its excellent museums, including three outstanding ones in the bohemian district:

Fort Worth not only has a variety of art galleries, but supports both local and national artists. Every spring and fall, the Fort Worth Art Dealers Association hosts a gallery night . Art lovers wander from one gallery to another, meet and chat with artists and enjoy small snacks and drinks.

The Fort Worth Public Art Program buys, picks, and maintains public works of art across the city. Some of the most notable are bronze sculptures like Riding Into the Sunset, which shows a cowboy and his horse; large murals, such as the unnamed “zipper” painting by Stuart and Suzanne Gentling from 1974, which is easy to spot when driving past downtown on Interstate Highway 20; a high-tech masterpiece such as Avenue of Light, a 10 meter high, six-part stainless steel sculpture with colorful LED lights.

On the Texas Motor Speedway (with almost 155,000 seats one of the largest racing facilities in the country) it gets loud, fast and usually quite spectacular, because here the big names of the NASCAR and IndyCar racing series compete for victory.

One of the most important motorsport events in the region, the Texas 500 Nascar Race Weekend takes place annually in early November. Three exciting races in one weekend – every motorsport fan will go into raptures! In contrast to a Formula 1 race, the spectator at the speedway actually always has a full view of the entire race and is there live in every minute of the race – pure excitement! 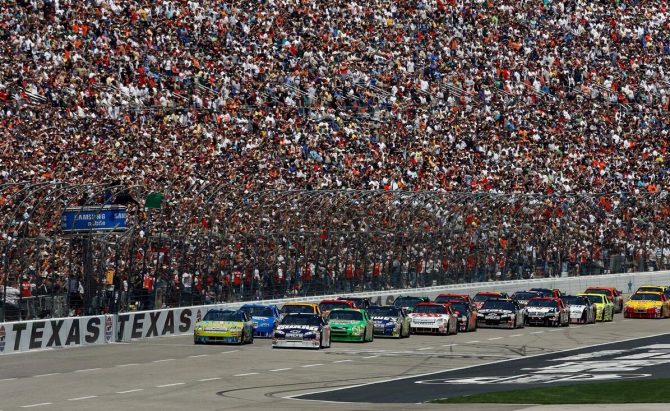 In addition to the car races, which are on the program all year round, the largest HD video board in the world (called “Big Hoss”) inspires viewers, who can also follow racing events up close.

A place to linger: The Fort Worth Ale Trail

As little Texas is associated with hops and malt, the amazement on a trip to Fort Worth is as great: On the Fort Worth Ale Trail there are breweries such as Rahr & Sons Brewing, Panther Island Brewing, Martin House Brewing, Chimera Brewing Company, The Collective Brewing Project, HopFusion Ale Works, Wild Acre Brewing, Shannon Brewing, Rabbit Hole Brewing and Revolver Brewing in Texas’ cowboy town Fort Worth and can be viewed on exclusive tours. The free Ale Trail Pass including an overview map is available in each of the breweries.

Texas has its own outlet for cowboy boots only! The Justin Boots Outlet is located in the south of the city of Fort Worth.