Bosnia and Herzegovina is a country located in the region of Southern Europe. See abbreviation for Bosnia and Herzegovina. The policy in Bosnia-Herzegovina is characterized by a locked position between different nationalist camps. The design of the political system means that coalition governments must always be formed, between parties that are far apart. The result will be lengthy negotiations – only a year after the October 2018 election could a head of government be appointed.

The main obstacle in the attempts to form a national government has been contradictions regarding Bosnia’s relationship with NATO (see Foreign Policy and Defense). It was not until mid-November 2019 that President Zoran Tegeltija nominated Serbian Prime Minister, or Chairman of the Council of Ministers, the formal title. This took place following strong pressure from the EU, individual EU countries and the US. In early December he was approved by Parliament.

In the settlement reached, Bosnian Serb leader Milorad Dodik (who is also a member of the presidential council, see below) agreed to a continued adjustment to NATO demands in exchange for Tegeltija becoming head of government. Tegeltija is a member of Dodik’s party, the Alliance of the Serbian Nationalist Independent Social Democrats (SNSD).

The three-headed presidency, on the other hand, could take office just over a month after the 2018 elections. The Bosniak’s seat in the presidency is held by Šefik Džaferović while the Croats are represented by Željko Komšić. The three take turns as “serving head of state” (see Political system).

But ethnicity is a key part of the electoral system’s design, also in the case of parliaments both at national level and in the Bosnian-Croat Federation. It contributes to the fact that strongly conflicting interests must try to unite – which often results in political deadlock. In the Republic of Srpska, where the Serbs dominate completely, the same lock does not occur.

After the 2010 election, it took 15 months for a national government to be formed (see Modern History). The contradictions that then stood in the way remain. In addition, there were reports of extensive manipulation of voting lengths before the election.

Another complication consisted in the fact that the Constitutional Court had already annulled an election law, which made it impossible to fill the seats in the Federation upper house – and thus not in the national upper house (see Political system). Following strong international pressure, the Election Commission resolved this in December, and after the Constitutional Court approved the new rules in February 2019, the Federation’s upper house could be formed.

Not long after, the representatives of the three largest parties said they were close to agreeing on a government formation, but then nothing happened for several more months. The three parties do not have their own majority – a total of 14 parties share the 42 seats in the national parliament. In addition, the three major groups represent their own group: the Democratic Party (SDA) is Bosnian, the Alliance of Independent Social Democrats (SNSD) is Serbian and the Croatian Democratic Union Bosnia and Herzegovina (HDZ BiH) is Croatian.

The fact that the high official appointed by the outside world always has the last word means that the Bosnian politicians do not have to take responsibility for their decisions – or lack of decisions. It may be contributing to the death toll. 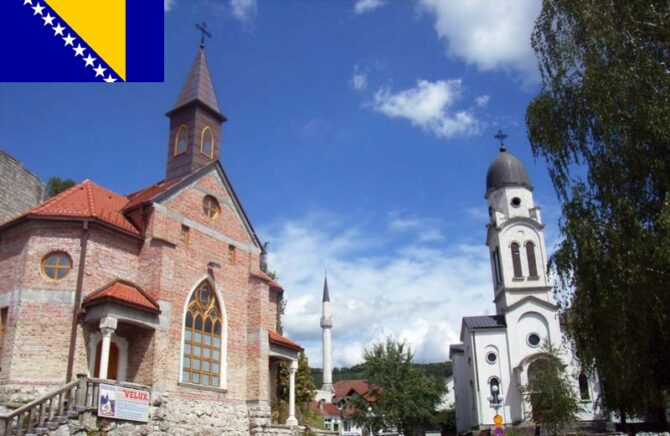 Even after the October 2014 elections, government formation became a complicated story. Although five parties already agreed in December to form a government, it was delayed until the last March 2015, the very last date that had been set up, before the allocation of ministerial posts was complete and the government could take office. Denis Zvizdić from the SDA became the new prime minister in a government that also included HDZ BiH, the Serbian Democratic Party (SDS), the similarly Serbian-dominated Democratic Progress Party (PDP) and the multi-ethnic Democratic Front (DF).

However, the largest Serbian party SNSD boycotted the national parliament, calling the new government “illegal”. However, the SNSD continued to lead the government coalition in the Republika Srpska, where Milorad Dodik was re-elected president.

Nationalist rhetoric and ethnic tensions also continued to increase. In 2015, reports of incitement and calls for violence were reported in social media. Several cases of assaults and beatings occurred, as did a couple of acts of violence with the fatal outcome of suspected Islamists.

As before, SNSD leader Milorad Dodik questioned the legitimacy of the state itself. In 2015, he again raised the idea of ​​a referendum on the state judiciary (as in 2011, see Modern History), which he claimed was partial to the Serbs’ disadvantage. Many saw it as a test balloon ahead of a referendum he promised in 2017 to completely break out the Republic of Srpska from Bosnia.

Dodik again turned the issue around, but in 2016 he instead ran a referendum to make January 9 a “national day” in Republika Srpska. The referendum was held despite sharp warnings from the High Representative and despite the Bosnian Constitutional Court’s ruling that such a national day would mean discrimination against non-Serbs. The date is partly an Orthodox celebration and partly the day when the Bosnian Serbs proclaimed their own republic in 1992. A full 99.8 percent of the voters who participated supported the proposal.

Bosniak’s representative in the presidency, Bakir Izetbegović, warned that Dodik was playing with the fire. However, from Bosnia and Croatia, Dodik had some support, as they largely want to see a more independent role for the Croats in Bosnia.

January 9, 2017 was a public holiday in the Republic of Srpska and the Bosnian Serbs thus showed that they attached no great importance to either the Constitutional Court’s decision or the world views. As a result, the US imposed sanctions on Dodik, so he was considered a threat to the 1995 peace treaty.

Milorad Dodik was elected, in the fall of 2018, to the National Council of Presidents (see above). Shortly before taking office as Bosnian President, Dodik reiterated demands that parts of the Dayton Agreement be torn down. Among other things, he demands that the High Representative be abolished. He also wants the three foreign judges included in the Constitutional Court to be fired.

READING TIP – Read more about Bosnia and Herzegovina in the UI’s online magazine Foreign magazine:
Others stand ready if EU does not integrate the Western Balkans (2017-11-24)

54% in parliamentary and presidential elections 2018