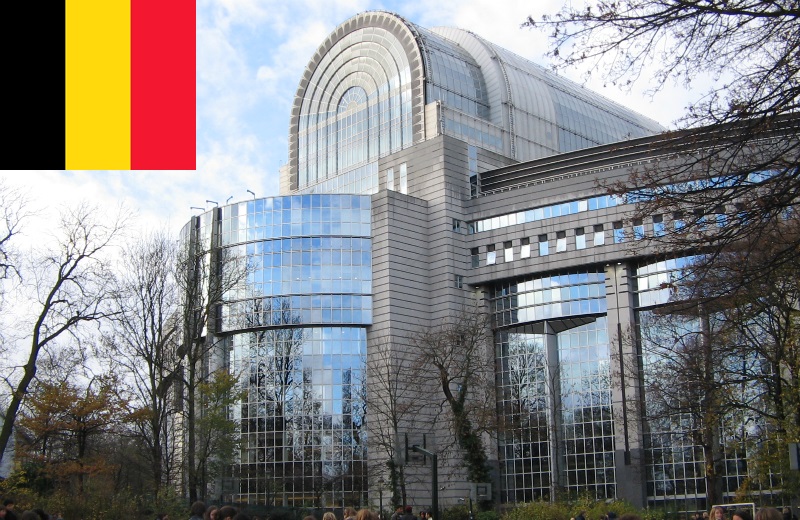 According to Digopaul, Belgium is a country located in the region of Western Europe. The conflict between Flemish and French-speaking Wallons makes it difficult to form strong governments in Belgium. Often it is difficult to get coalitions at all. After the May 2019 elections, it was ten months before a government was approved – and the reason why the parties then managed to reach a temporary settlement was the crisis triggered by the corona virus.

The minority government approved on March 19, 2020 consists of two liberal parties – the Reform Movement and the Open VLD – as well as the Flemish Christian Democratic CD&V (see further Political system). The government, under the leadership of Prime Minister Sophie Wilmès, is supported in parliament by several parties, for up to six months. Belgium thus has an ordinary government for the first time since December 2018. The idea is that all political forces except the outer parties will now gather to deal with the corona crisis.

Belgium has been hit hard by the corona virus. The country was basically quarantined in March, with closed borders, workplaces and schools, and limited right for residents to stay outdoors at all. Only grocery stores were allowed to stay open. The police have fined people who violate the rules and used drones to, among other things, ensure that people do not stay illegally in parks and other public places. Despite the strict measures, Belgium has been found to have the highest death rates in the world, calculated in terms of deaths per inhabitant. According to the Belgian authorities, one reason for the grim figures is that Belgium, unlike other countries, also counts deaths in elderly housing where the deceased are suspected to have been infected but never tested. Just over half of the nearly 8,000 who died in covid-19 in Belgium at the end of April / May were in elderly homes. Despite this, some restrictions were initiated at the beginning.

The former government then cracked down when the right-wing nationalist N-VA jumped off because of disagreement over migration policy. However, Prime Minister Charles Michel continued to lead an expedition government until the May 2019 elections, and also during the attempts at government formation that followed. When he was appointed President of the European Council, the role of acting Head of Government passed to Sophie Wilmès, in October 2019. She became Belgium’s first woman in the post.

The May 2019 elections gave a split picture of the political landscape. N-VA, which advocates a division of Belgium, again became the largest. But the anti-immigrant anti-immigrant party of Flemish interest (VB) – which is more extreme than the N-VA – went strong and became the second largest party in Flanders and third largest in the federal parliament. At the same time, the Communist Belgium Labor Party (PVDA / PTB) also increased significantly, while all the traditional parties – Christian Democratic, Liberal and Social Democratic – backed down. However, the two environmental parties did well.

The conflict between Flemish and Walloon dates goes far back in time, but has intensified in recent decades (see Older and Modern History). The more prosperous Flanders in the north requires increased self-government and wants to retain more of the resources now transferred to Wallonia in the south, where the economy is weaker and unemployment is higher. The political landscape with a party system divided by the language boundaries (see Political system) contributes to the difficulties of bringing together coalitions. Government formation requires cooperation across both the language boundary and ideological divides.

In the last parliamentary elections, in May 2014, the right-wing nationalists had the wind. N-VA, which became the largest party already in 2010, further strengthened its position. But N-VA leader Bart De Wever failed to form a government and in the middle of the summer, the assignment passed to the Reform Movement and CD&V. After lengthy negotiations, at the beginning of October 2014, a middle-right government was presented with the Reform Movement leader Charles Michel as new prime minister. The reform movement entered into a collaboration with the three Flemish parties CD&V, the liberal VLD and the separate N-VA. The government was called the “Swedish Coalition” because the parties have blue or yellow as their party colors.

One of the biggest challenges for the new government was to try to get the economy in order and to deal with the large budget deficit and government debt, which was among the highest in the euro zone (see Economic overview). A package of measures was presented, including, among other things, reduced public spending, salary halt in the public sector and plans for a gradual raising of the retirement age from 65 to 67 years. It sparked strong popular protests. One month after the right-wing government took office, around 100,000 people demonstrated in Brussels and in mid-December a general strike was held, the first since 1993.

At the same time, militant Islamism has increasingly emerged as a threat to stability. Belgium is estimated to be the country in Europe from which most people, in relation to the size of the population, have joined the Islamic State (IS) terrorist sector. According to experts, there are nearly 500 people who have traveled to Syria and Iraq since 2012.

In May 2014, a perpetrator opened fire at the Jewish Museum in Brussels, killing four people. A Frenchman of Algerian origin was arrested in France and extradited to Belgium, where he was later sentenced to life imprisonment. The man was reported to be the first former combatant for IS in Syria to carry out an attack in Europe.

Tensions rose in January 2015 when Belgian police in connection with raids shot dead two suspected Islamists in Verviers in eastern Belgium. The police operation was carried out following coordinated Islamist terrorist attacks in France a week earlier. Five people were later charged with terrorism in connection with the conspiracy in Verviers and around 200 soldiers were stationed in Antwerp and Brussels for increased security at government buildings and Jewish schools.

In early 2015, a large number of members of Sharia4Belgium, a now dissolved terrorist group, were also convicted of one of the largest terrorist targets to date in Europe. Most were sentenced in their absence, but among the seven in attendance was leader Fouad Belkacem, who was given twelve years in prison.

The attack in Brussels 2016

Following a new terrorist attack by IS in Paris in November 2015, when 130 people were killed, (see France-Calendar), Brussels emerged as the center for terrorist Islamists in Europe. Several of the perpetrators came from the Brussels district of Molenbeek, which was previously known as a strong attachment to radical Islamism. Alarm preparedness in the capital was raised to the highest level when it emerged that one of the main suspects, Salah Abdeslam, survived and returned to Brussels. Schools, subways, shops and workplaces were closed, public events were canceled and armed security personnel patrolled the streets. An extensive police hunt was started and about ten people were arrested. However, Abdeslam could only be arrested four months after the Paris deed.

On March 22, 2016, Brussels was shaken by coordinated terrorist attacks against Zaventem Airport and a metro station. Three suicide bombers and 32 other people were killed and over 300 injured. The attacks that IS took on were the worst in Belgium’s history. Three days of mourning were announced and the airport was closed for eleven days.

Belgian authorities have been criticized after the terrorist acts for deficiencies in security work. Two ministers offered to resign and new laws that were delayed were quickly adopted, including around-the-clock house searches, arms sales restrictions and the creation of a uniform anti-terrorism database.

After a few weeks, the police also arrested several people suspected of direct involvement in the attacks in both Brussels and Paris.

Scandal about deportation of refugees

In the fall of 2017, information came out that the government had sent back nine Sudanese refugees to Sudan, where some of them had been subjected to abuse or even torture. The deportation in collaboration with Sudan’s authoritarian President Omar al-Bashir’s regime aroused dismay and sharp criticism from many directions. Human rights organizations and the left-wing opposition demanded the resignation of Immigration Minister Theo Francken from N-VA. More deportations were planned to take place during the fall, but were relieved. At the same time, the government appointed an independent investigation into the incident. Michel and his government’s future was also at stake, as the Flemish coalition partner N-VA threatened to withdraw from the government if Francken was asked to step down.

The Belgian Refugee and Stateless Authority (CGRA) published a report in February 2018 showing that there is no evidence that the migrants sent back to Sudan had been subjected to torture, although it could not be completely excluded. Subsequently, Immigration Minister Francken decided that further Sudanese should be sent back.

In December 2018, N-VA finally left the government cooperation. Again, it was the issue of migration that triggered the problems. Before the adoption of a UN framework on migration in Morocco in early December, N-VA demanded that the government back away from a previous decision to join Belgium. The migration agreement, although not binding, had encountered opposition from right-wing and immigration-critical parties who, among other things, thought it could lead to increased immigration. A few countries, including the USA, Austria and Hungary, chose to stand outside.

But N-VA was not heard for its claim. Belgium joined the migration pact, which led the party in protest to jump off the government. Prime Minister Charles Michel submitted his resignation shortly thereafter as his government no longer had Parliament’s support. However, Michel agreed to King Philip’s request to continue to lead an expedition government.