Belarus is a country located in the region of Eastern Europe. Former Communist Aleksandr Lukashenko and his government have been directing Belarus (Belarus) since 1994 with authoritarian methods. In 2020, Lukashenko is running for his sixth term as president with far-reaching power. There is an opposition, but it seems under difficult circumstances. All presidential elections since 1994 have been judged undemocratic.

In connection with the recent elections to the House of Representatives in 2019, Lukashenko announced that he is running for a sixth term in the presidential elections to take place in August 2020. He hardly expects to face any real opposition. Even parliament is not expected to contain any critics, as few opposition candidates were allowed to stand in 2019. No dissent was elected, according to the official election results.

In other words, the president controls the country as it suits him.

Equally, there are critics who interfere with his plans. Prior to the 2020 presidential election, former presidential candidate Mikola Statkevitj was dismissed by the electoral authority on the grounds that he was previously punished (in practice for political reasons). Demonstrated, Statkevich has done anyway.

Video blogger Sergei Tichanovsky, for his part, has traveled around the country and state, reporting on corruption and police brutality. Tichanovsky accuses the president of governing with “criminal incompetence and negligence,” which of course has led to the video blogger being threatened by jail. Since he was arrested for protest against the regime, he has not been able to gather support to be registered as presidential candidate. That is why his wife Svetlana Tichanovskaya has taken over, which assumes that she has enough signatures from citizens behind her. The police have searched the couple and claim that large sums have been seized, which Tichanovskaya commented with a grin.

Still, the fact that people queue up to sign lists in support of opposition candidates constitutes a statement of no confidence in Lukashenko, according to analyst Alexander Klaskovsky in talks with the AFP news agency.

More opposition candidates could be found, including a diplomat veteran and a former subsidiary director of the Russian energy giant Gazprom, who believes that the state-controlled economy needs reform. In their case, assessors have expected them to be apprehended only after the presidential election, but even before the election, the regime has put a spanner in them (see Calendar). 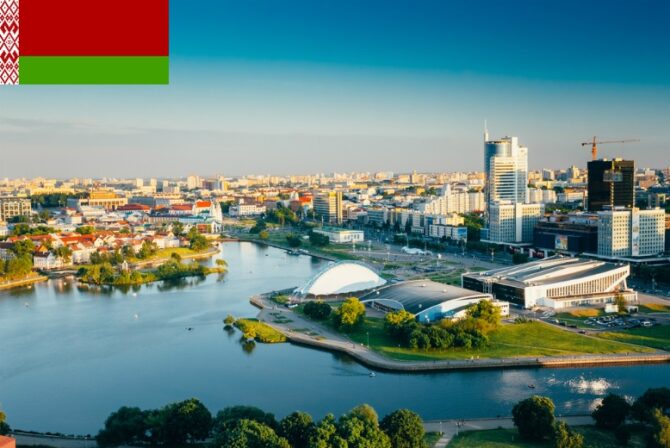 When Lukashenko makes changes, they are usually justified by the economic situation. Such was the case, for example, in 2014 when Lukashenko dismissed the Prime Minister, the Governor and several other ministers in the largest governmental reform in several years. The problems he cited were caused, among other things, by a sharp decline in the Russian economy, on which Belarus is dependent.

A limited political thunderstorm occurred in August 2015 when Lukashenko pardoned six men who had been imprisoned for political reasons, including Mikola Statkevich. The six had been regarded as the country’s last political prisoners. The EU described the releases as a step in the right direction. According to opposition politician Aleksey Janukevich, the pardons were made after the president realized that he must open a dialogue with the West to reduce the dependence on Russia, which in March of that year had created concern in the region by annexing the Ukrainian Crimean Peninsula (see Foreign Policy and Defense).

In the 2015 presidential election, Lukashenko officially won with 84 percent of the vote. None of the other three candidates received more than 7 percent. The turnout was 87 percent. The OSCE European Cooperative Organization pointed to “significant problems” in the election, especially in the counting of votes.

As a result of democratic deficiencies, the EU in 2004 imposed sanctions on Belarus, including a ban on arms sales, freezing of financial assets and travel bans. But since Belarus released the last political prisoners, in February 2016, the EU lifted most of its sanctions against the country, including against Lukashenko. 170 people and three companies were removed from the list regarding frozen assets and travel bans. Penalties remained only against four people accused of being behind “unresolved disappearances”. The EU also kept the ban on selling weapons to Belarus. The EU ruled that conditions in the country were still far from perfect, but that the regime still took the decisive step to release political prisoners.

The very moderate political liberalization encouraged parts of the opposition to stand with candidates in the 2016 parliamentary elections. Both became the first opposition members of the Belarusian parliament since 1996. The remaining 108 seats went to people loyal to the president.

The OSCE and EU observers noted that the 2016 elections were not free and honest and that there were so many violations of normal rules that the election did not live up to international standards. The UN Reporter on the human rights situation in Belarus said that the election did not differ in any significant way from the previous ones. Threats, fraud, manipulation and lack of transparency also characterized this choice, according to the UN Reporter. Several heavy representatives of the opposition urged the two regime opponents who have been elected to Parliament not to take their seats. Former presidential candidate Statkevich said they were both “nominated” to give the election a shine of democracy.

After the new elections in 2019, the conclusions were even darker if possible. A large part of the opposition candidates had been barred from standing and this time no one was elected. The opposition complained, among other things, of inflated figures. The election was judged by OSCE observers and the EU emphasized that Belarus lacked respect for freedom of assembly, freedom of association and freedom of expression.

Nevertheless, there have been clear signs of popular dissatisfaction. An attempt by Lukashenko to introduce a “sponge tax” (taxing unemployed people who did not register) triggered one of the biggest demonstrations of many years in early 2017. Lukashenko interrupted tax collection after he criticized local authorities for being overly zealous, which struck innocents.

The opposition, however, argued that the play was merely an attempt to silence the unusually widespread protests, and resistance to the “sponge tax” continued. In Minsk, around 3,000 people gathered in a protest march, where demands were also made for Lukashenko’s departure. The protests did not seem to be aimed only at the “sponge tax”, but equally against difficult living conditions.

In March 2017, several hundred people were arrested in Minsk for the purpose of stopping a planned major protest that the regime declared illegal. Among the arrested were several journalists. Opposition politician Uladzimir Njakljajeu was stopped at the border when he came by train from Poland and was detained. In May 2017, the UN Reporter wrote that respect for human rights had again deteriorated dramatically after a few years of thawing weather.

In 2018, a power scandal detonated around widespread corruption in the healthcare sector. As a result, then-Prime Minister Andrej Kabjakau was fired from his post. Several ministers were forced to resign and a number of doctors and administrative managers in the care were arrested. Ahead of the covid-19 pandemic in 2020, Lukashenko was less likely to act (see Calendar). Unlike most former Soviet states, Belarus on May 9, despite the risk of contagion, carried out the annual major victory parade in memory of victory in World War II.

Confidence in the parliamentarians elected in 2019, in the heavily controlled recent election to the House of Representatives, is also mildly limited. More than half of the members elected were government employees, thus directly dependent on the regime. Among the parliamentarians is also a young, former Miss Belarus who is often seen in the president’s company.

“The Belarussian system of falsifying elections has been refined to perfection,” said Pavel Usov, Poland-based analyst, who came with a sharply unified opinion: “No one votes, no one counts the votes, but there is a result that no one has the opportunity to question.”

Regime loyalists receive 108 of the 110 seats in parliament. Two opposition are elected. (2016)